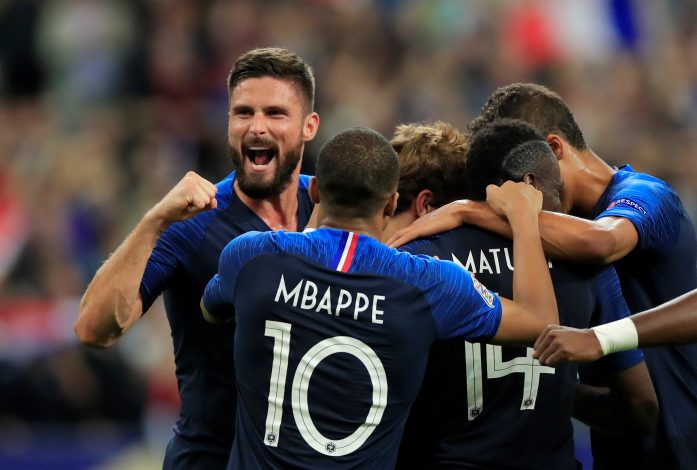 Man Utd enquired about signing Antoine Griezmann in the summer transfer window, and could reportedly make another move for him in January.

The Frenchman, currently on loan at Atletico Madrid from Barcelona, has failed to rediscover his old form under Diego Simeone. His abysmal goal-scoring record since his return to the Spanish capital has led to Atletico having second thoughts over turning his temporary stint into a permanent one.

It is understood that Griezmann’s contract includes a €40m buy clause. However, Atletico believe that if the 31-year-old plays fewer than 45 minutes in a certain number of games, they will not be obligated to buy the player from Barcelona.

Accordingly, the France forward came off the bench after 60 minutes in Atletico’s first seven games of the season, and was handed his first start against Real Madrid on Sunday.

Amid the stand-off between Atletico and Barcelona, United are thought to be keeping an eye on the situation.

As per The Athletic (via The Sun), United enquired about Griezmann in the recently concluded window, and could try to sign the versatile forward again in January.

Cristiano Ronaldo’s underwhelming start to the campaign and Anthony Martial’s injury has forced Erik ten Hag to experiment with his frontline.

After unsuccessfully deploying Christian Eriksen as a false 9 against Brighton and Hove Albion, the Dutchman shifted Marcus Rashford to the middle of the attack.

The Englishman has done well in the four league games he has led the line for United, scoring against both Liverpool and Arsenal. But it’s too early to consider him a reliable presence in the final third.