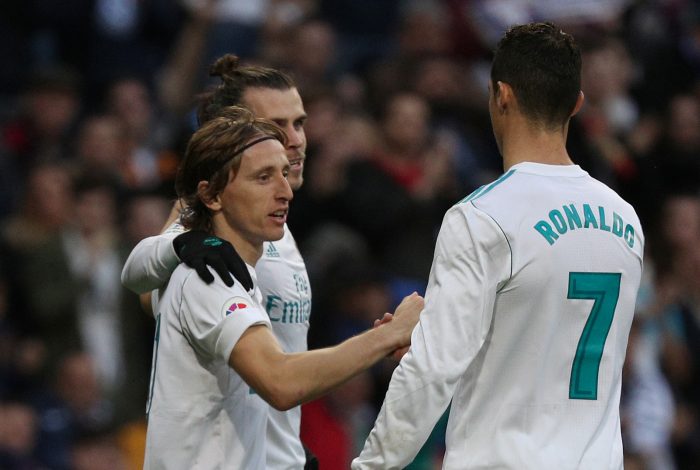 Goodison Park’s atmosphere as well as Everton’s pressing in the middle of the park led by Amadou Onana wasn’t kind to the Brazilian, who was dispossessed by the Belgian midfielder in the opening minutes.

Casemiro’s mistake didn’t go unpunished, as Alex Iwobi gave Everton the lead with a vicious strike past David de Gea from outside the box.

The 30-year-old, however, kept his cool and grew into the game as the half progressed. He won more tackles than any other player on the pitch and started multiple United attacks by recovering possession.

Just before the pause, he regained the ball off Iwobi before opening Everton’s backline with a quick through ball to the feet of Cristiano Ronaldo, who rattled Jordan Pickford’s net with a powerful low shot. Casemiro’s assist was special for the Portuguese, as it helped him score his 700th club career goal.

The link-up play of the former Real Madrid duo also grabbed the attention of Luka Modric. The Croatian, who partnered Casemiro in midfield for numerous successful campaigns, praised the Brazil international on social media. In the comments section of Casemiro’s Instagram post, Modric added a fire emoji and a clapping hands emoji.

The Dutchman has preferred Scott McTominay’s services in the majority of the league outings so far but is likely to stick with Casemiro after that solid midfield display, which not only sealed all three points for the Red Devils but also led to him being named Man of the Match on Sunday.