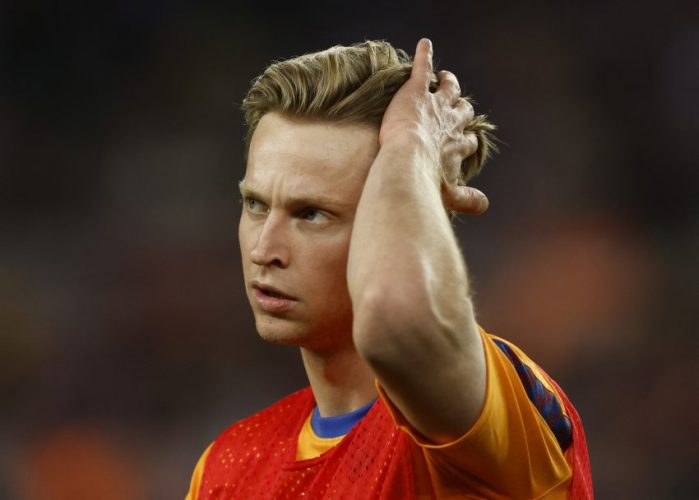 Barca, who lost the reverse fixture at San Siro last week, started the game on top, thwarted Inter’s plan to catch them on the counter, and took a deserved lead into the break through Ousmane Dembele, who diverted Sergi Roberto’s pass into Andre Onana’s net from close-range.

Xavi’s men lost all control of the game in the second half which saw five goals. Nicolo Barella, the night’s MVP, levelled the score in the 50th minute with lovely control and finish. As the half progressed, the visitors got more comfortable and took the lead on two occasions, only for Lewandowski to rescue his side.

But a point might prove to be not enough for the Catalans, as they sit third in Group C. To progress to the knockout round they have to win their two remaining games against Bayern Munich and Viktoria Plzen, as well as hope that Inter, who are three points ahead and hold a head-to-head advantage, fail to win any of theirs.

Inzaghi: "Revenge against who? Those in Spain who called me a catennaccio coach? My story of how my teams play talks for itself. I don't have any revenge to get. Barca has one draw in La Liga, now they'll remember Inter for a long time" https://t.co/w5gr7Plx7B

For all of the signings that were made by Barcelona, it has to be said, getting eliminated in the group stage of the Champions League is massively disappointing. An early goal against Bayern could have maybe changed the entire Champions League for the club. Europa League bound.

Seeing Barcelona fans getting humbled on the TL after how they acted during the summer transfer window is truly beautiful scenes.. 😮‍💨

Back to back Europa League campaigns for Barcelona. pic.twitter.com/n141iOJRvx

Barcelona’s board – led by club president Joan Laporta – took bold decisions during the summer transfer window to bring in seven new signings despite the club’s well-documented financial mess. As such, a drop down to the Europa League could prove to be disastrous for the Spanish giants.

With Barcelona set to travel to the Spanish capital to face Real Madrid in La Liga this weekend, the situation could yet worsen for Xavi.