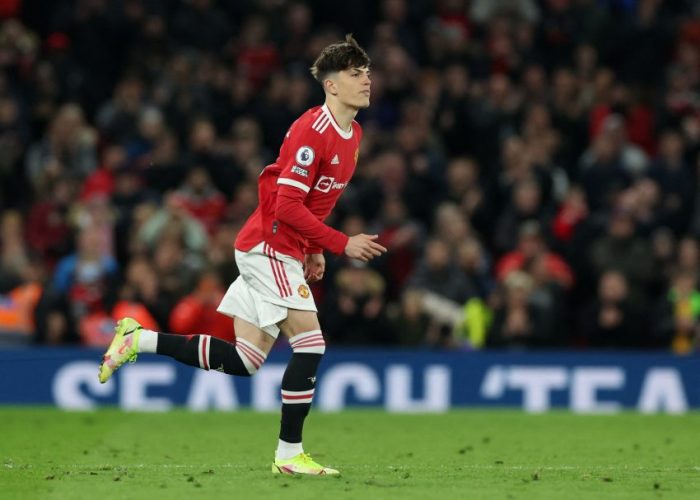 The Red Devils needed all three points to keep pace with group leaders Real Sociedad, meaning there wasn’t much room for experiment and complacency going into the mid-week fixture after a tough run of outings in the Premier League.

This didn’t stop Erik ten Hag from making tweaks in his frontline. The United boss reinstated Cristiano Ronaldo to the starting XI and handed Garnacho his full debut for the club. Fair to say, both Garnacho and his ideal Ronaldo seized the opportunity.

Akin to Ronaldo, the Argentine youngster didn’t manage to get on the scoresheet but received applause from the home fans for his overall impact on the game.

This was an excellent performance from Garnacho. It's not just his technical qualities but he displayed great mental and tactical qualities.

ETH will bring him in slowly. There's no need to rush him and add unnecessary pressure. Let him grow organically.

Garnacho’s ability to go on the inside and outside of his fullback when 1v1 is something that’s so precious and something we do not have enough of in this squad — been brilliant so far.

Garnacho was amazing. So positive. The way he kept coming forward was great. No fear. Hopefully his availability wakes up Sancho the way Malacia sorted Shaw out.

In his pre-match interview, Ten Hag suggested Garnacho would provide runs in behind the backline. The 18-year-old not only stretched the pitch with his runs and positioning but also didn’t shy away from taking on the visitor’s defenders to create openings.

After the full-time whistle, the Dutch coach praised Garnacho for his attitude and resilience.

With Jadon Sancho struggling to bring intensity to the table at the moment, a flair-filled display at the Theatre of Dreams could open doors for a first Premier League start for the academy talent.