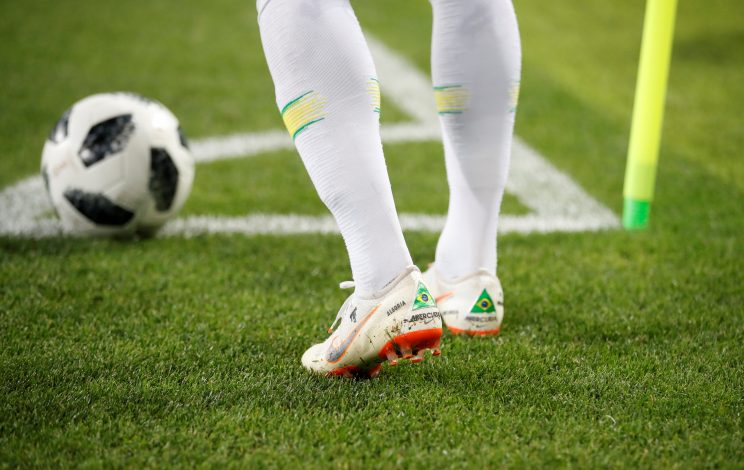 The Al Bayt will stage the opening match of the 2022 World Cup even as star names return home with injuries, managers scramble to prepare their strongest team in the space of a week, and FIFA president Gianni Infantino lashes out at the critics on the eve of the main event.

There’s no arguing that the first World Cup in the Middle East has presented unparalleled challenges for organizers, media, fans, and most importantly the players.

The stars of the game, who just a few days ago were donning their club shirts in different parts of the world, will stand shoulder to shoulder to represent their nations on a stage that could change their careers overnight.

The 26-man squad that lifts the trophy on December 18 will have their legacies permanently etched into the history books of the beautiful game. And the ones who shine the brightest could engineer a career-defining move, akin to Alexis Sanchez (Udinese to Barcelona) and James Rodriguez (AS Monaco to Real Madrid).

Here are the four gems we believe have the potential to take the tournament by storm, and should already be on the radar of Europe’s top clubs:

Fernandez tends to make a quick impression. Having only moved to Europe in the summer, the former River Plate midfielder has quickly established himself as Benfica’s most crucial cog.

The 21-year-old midfielder is composed with the ball and tenacious without it. He has an elite level of long range passing in his locker, as well as the vision to dictate the play from deep.

Fernandez’s Champions League performances have shown he’s not afraid of the big stage. If given the opportunity to start, he’s more than ready to make Argentina’s midfield tick in the absence of Giovani Lo Celso.

Gakpo had a direct hand in 36 goals in all competitions for PSV during the 2021/22 season. But his impressive showings in Dutch football could only attract formal approaches from Southampton and Leeds United in the final days of the summer window.

The Dutchman opted against moving to either club in favour of another season with PSV, where he has again had a prolific start – as many league goals contribution as Erling Haaland.

The World Cup presents him with a perfect opportunity to display his creativity as well as scoring capabilities in front of scouts of European elites.

The Canadian sensation, who first came to the limelight with his exploits at Genk, went off the radar following his move to Lille, as he struggled to produce eye-catching goal-scoring numbers in France in his maiden season.

The technical ability to bring others into play was always visible but he struggled to lead the line on his own and featured as a second striker in several games. However, David has transformed into a clinical striker this season, scoring nine goals in the first 15 Ligue 1 games.

David could force a host of clubs to line up for his signature in January if he manages to take Canada to the knock-out stages.

The Portuguese has never been in a discussion of potential break-out stars of the World Cup before this.

By the time he made his first appearance on the biggest stage of all, he was already putting the Old Trafford crowd on the edge of their seats on a regular basis.

The 21-year-old Ronaldo didn’t need to impress scouts in Germany in 2006, but the 37-year-old has a lot to prove in Qatar.

With his Manchester United contract expected to be terminated, Ronaldo and his representatives would be searching for a new club.

He’s unlikely to attract a Champions League side on the basis of his time under Erik ten Hag this season. As such, a big performance in the competition could go a long way in convincing European giants that he has still got it.