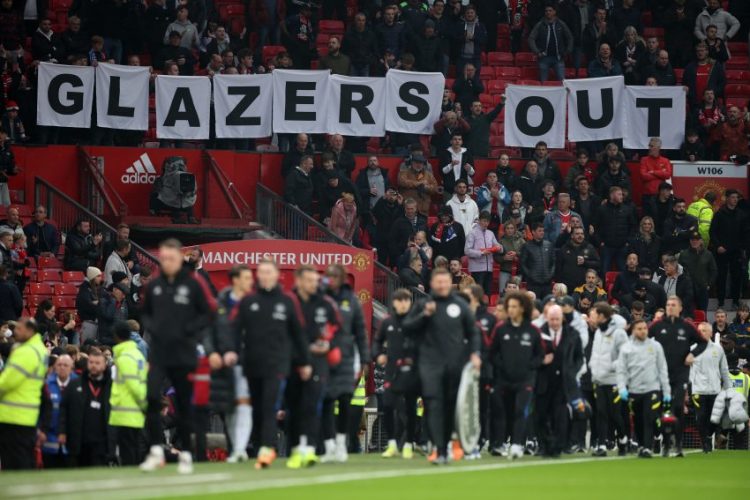 There’s no such thing as a quiet day at Old Trafford, even when club football is at a halt due to the World Cup.

On Tuesday, the football world was focused on Lionel Messi-led Argentina’s shocking defeat in their opening game of the tournament before the Premier League giants brought back the limelight from Qatar to Manchester by announcing the departure of Cristiano Ronaldo.

Manchester United announced that their legendary number 7 is to depart by mutual agreement, with immediate effect. The development is followed by Ronaldo’s interview, in which he bashed the Glazers, United’s owners, for the lack of progress at the club.

Hours after confirming the termination of Ronaldo’s contract, Glazers announced that they are exploring financial options.

Ronaldo’s exit and the possibility of the sale of United have sent fans on social media into a frenzy.

Cristiano Ronaldo is to leave Manchester United by mutual agreement, with immediate effect.

The club thanks him for his immense contribution across two spells at Old Trafford.#MUFC

Club statement on a process to explore strategic options for Manchester United.#MUFC

❌Cristiano Ronaldo out of Manchester United.
❌The Glazers confirm intention to sell #mufc.

That the Glazers have hired Raine Group as financial advisors is significant. Raine oversaw the Chelsea sale and have plenty of groups on file who want to invest in, or buy, a big PL club like Man Utd

The latest update from the Theatre of Dreams will no doubt have a big domino effect on the rest of European football.

The process to find a new investor or an outright buyer could take a while, but the transfer market will see instant repercussions, with Ronaldo now available as a free agent.

Further, Erik ten Hag is also expected to look for a new striker to replace the 37-year-old in January.