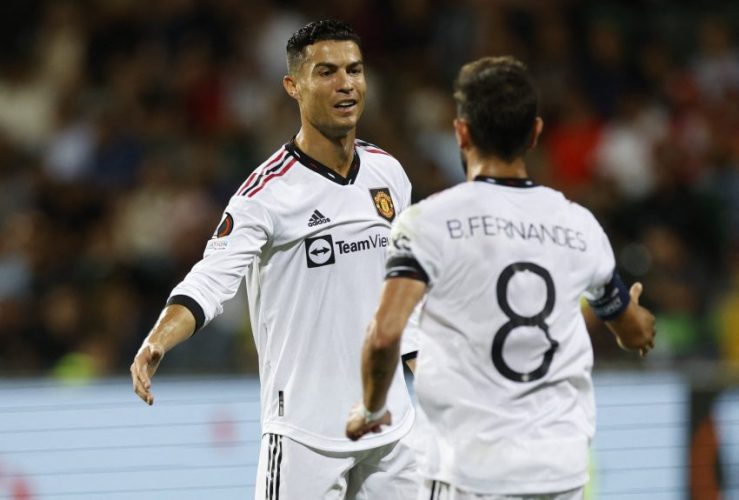 Portuguese players are not able to fend away questions regarding Cristiano Ronaldo’s situation at the club level, even after his exit from Man United.

The 37-year-old decided to air his frustrations about the state of the club under the Glazer family and Erik ten Hag’s ‘disrespect’ towards him just days before the start of the World Cup.

With club football at pause, Ten Hag is yet to publicly react to Ronaldo’s interview. As a result, questions have followed his international teammates.

On Tuesday, United agreed to terminate his contract with mutual consent, with immediate effect, and Ronaldo is set to feature in the World Cup as a free agent.

However, that development has only raised more questions about his future, and ahead of Portugal’s opener against Ghana, Fernandes was asked to give his thoughts on Ronaldo’s departure.

The playmaker said: “It was good for me while it lasted. Now Cristiano has taken a different decision for his career and his family and we have to respect that.

“I haven’t discussed the topic with Cris. We’re all focused on the national team and the World Cup. I don’t feel uncomfortable. I don’t have to pick a side. It was a dream come true to play with Cristiano but nothing lasts forever.”

The Portugal camp will hope to put the limelight back on their football with a solid showing against Ghana, and the chemistry between Fernandes and his now-former club teammate Ronaldo could be vital in ensuring that.

← “Ronaldo Departs, Glazers Out” – Twitter Reacts To A Historic Day For Manchester UnitedCristiano Ronaldo Has Already Found A Club Interested In Signing Him →