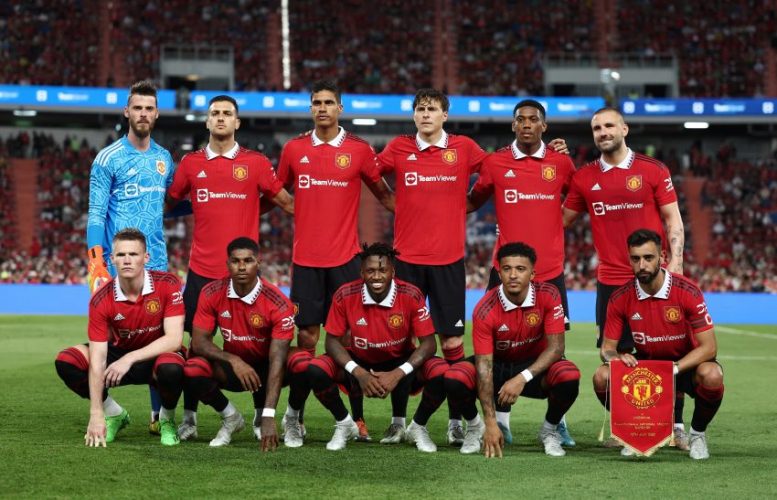 Manchester United played their first mid-season friendly on Wednesday, as Erik ten Hag aims to get his squad back in rhythm after club football halted to accommodate the 2022 World Cup.

The tournament is ongoing in Qatar, with the quarter-finals scheduled to be played from Friday. 11 United players are still representing their respective nations, and the ones who couldn’t progress (Christian Eriksen and Facundo Pellistri) any further are not expected to join the training camp in Spain immediately.

However, United’s first competitive fixture will be played three days after the World Cup final, forcing the Red Devils to begin their preparations without waiting for the majority of first-team stars to return.

Ten Hag fielded a team mixed with youngsters and players who rarely see a start in meaningful fixtures. As expected, Cadiz came out on top, scoring two goals in both halves to win 4-2 at Estadio Nuevo Mirandilla. Anthony Martial and Kobbie Mainoo got on the scoresheet for the visitors.

Here’s what we learned from the first of the two scheduled friendlies in Spain.

1. No competition for De Gea

Martin Dubravka arrived late in the summer window to provide competition to David de Gea. But the on-loan Newcastle United man only managed one appearance – a cup clash against Aston Villa – just before the international break.

The long wait for his debut more or less confirmed Ten Hag doesn’t see him as a viable option to challenge his Number 1 shot-stopper, and the performance against the La Liga side is unlikely to change his opinion.

He set the tone for a disappointing outing after conceding twice inside the first 15 minutes. Dubravka could’ve certainly done more to save Carlos Garcia-Die Sanchez’s opener from close range.

De Gea’s place in between the sticks is safe for now, but Fred and Scott McTominay should be on their toes to ensure regular minutes under Ten Hag.

Zidane Iqbal, who was impressive during the summer pre-season Down Under, yet again showed he’s ready for a first-team chance. He looked very comfortable in possession against Cadiz and found his teammates with some good passes.

Results in friendlies aren’t the most important thing, but there’s no doubt Ten Hag expects to see his principles in these games.

The Dutch coach did very well in the first half of the season to improve United’s defending in transitions, but against Cadiz they were repeatedly caught on the break, highlighting the naivety of his young stars as well as the absence of Casemiro in front of the backline.

However, United’s pressing, especially in the second half was something Ten Hag will be encouraged by heading into the busy festive schedule.