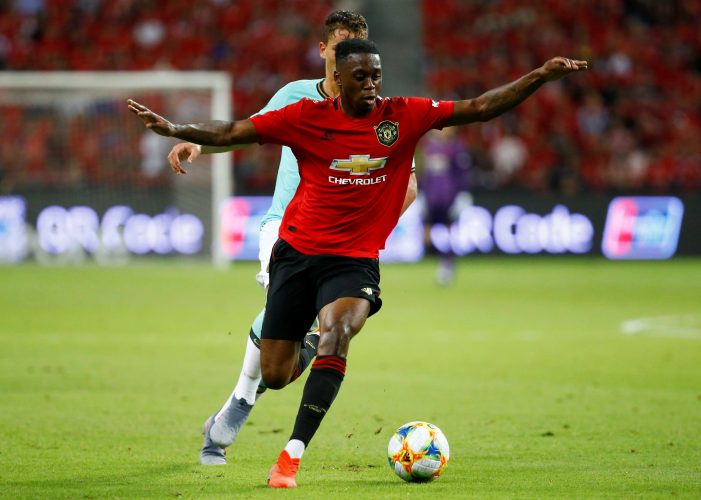 The Reds returned to Old Trafford and registered a 2-0 win over Burnley to go through to the quarter-finals of the League cup.

Vincent Kompany’s men, who have dominated the ball in the second tier of English football all season, had a positive start on Wednesday night. But the Championship leaders’ attempt to replicate their brand of football against a Premier League side didn’t yield similar results.

Bruno Fernandes’ exquisite pass to Aaron Wan-Bissaka and the latter’s volley cross had the Burnley defence scrambling, leaving a simple finish for Christian Eriksen to put Manchester United ahead before the half-an-hour mark.

After the break, Marcus Rashford scored a brilliant individual goal to double the hosts’ lead and put the game out of Burnley’s reach.

Here’s how United’s players fared in their first competitive game after the World Cup.

His lapses of focus played a big part in whatever little joy Burnley had in United’s penalty area.

An excellent display at both ends of the pitch from the Englishman in his first start under Ten Hag.

The veteran looked pretty comfortable in an unfamiliar position and even heroically cleared the ball away from the line in the first half.

Played on the left to accommodate Casemiro, and struggled to defend in the wide areas as a result.

The Dutch youngster needs to do more with the ball to keep Luke Shaw out of the starting XI more often.

Carried the ball well but his passing was underwhelming. Almost gifted Burnley a goal by losing possession inside his own half.

Good movement in the box to open the scoring, and assured as usual with the ball in deep.

Played some good crosses, but couldn’t get an assist so took it upon himself to rattle Burnley’s net and put the game to bed.

Found Wan-Bissaka in the box with a beautiful pass, but the United skipper was reckless in and out of possession. Will miss the quarterfinals after getting booked.

Had some nice touches inside the penalty box and forced an incredible save from Bailey Peacock-Farrell.

← “If you want me, I’ll go to United” – World Cup Winner Pushed To Join Ten Hag’s Side“How’s Casemiro This Good” – The Brazilian Was Superb In An Unfamiliar Position vs Burnley →