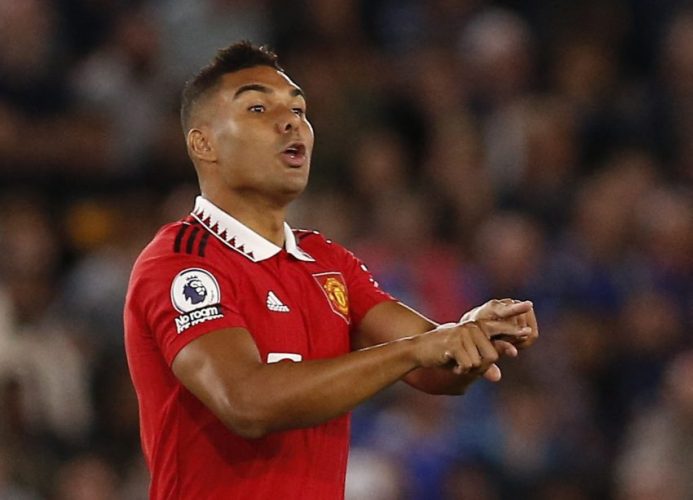 Casemiro enjoyed a comfortable evening in the middle of the defence – an unfamiliar position for the Brazilian – in Manchester United’s win over Burnley.

Erik ten Hag’s men returned to action for the first time at Old Trafford after the 2022 World Cup, and despite missing a number of key players, they produced a professional display to progress to the next stage of the League Cup.

United went into the game with just one fit senior centre-back, with World Cup finalists Raphael Varane and Lisandro Martinez on break and Harry Maguire being unavailable due to an illness.

Casemiro, who in no time has established himself as a crucial part of United’s midfield, stepped up to partner Victor Lindelof in the backline and didn’t look out of place for a moment.

How’s Casemiro this good at CB as well?

The Brazilian thwarted several Burnley attacks with his reading of the game and physicality. His goal-line clearance just before the end of the first half prevented Burnley from equalising after Martin Dubravka’s failure to clear a cross properly.

Apart from keeping a clean sheet, the 30-year-old also made his presence known during United’s attack with his impressive passing range.

When facing forward, the former Real Madrid has always been adventurous with the ball, and yet again showed his vision by playing multiple line-breaking passes.

The veteran’s experience in midfield has led to Ten Hag’s side controlling games more often, and his versatility could prove to be important during a packed festive fixture schedule.