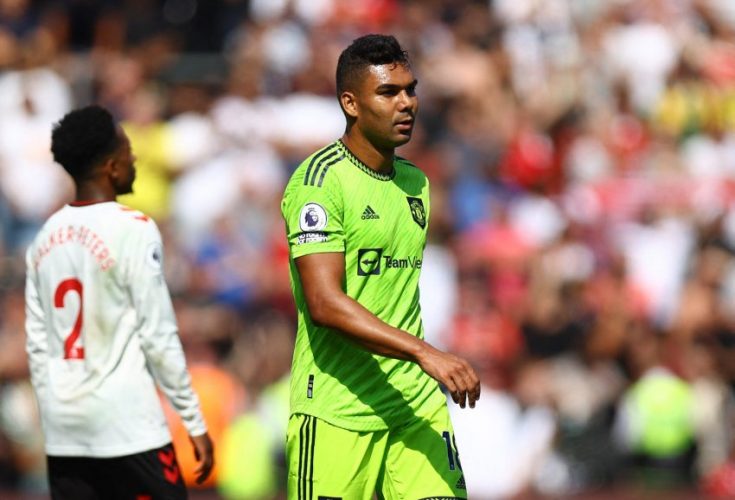 Casemiro is enjoying life in Manchester United, having transformed the Reds’ defensive record with his experience in the middle of the park.

The Brazilian took a surprise decision to leave defending Champions League winners Real Madrid for Europa League football in England’s north-west. As such, many believed Casemiro joined United for a final payday.

However, the 30-year-old has dismissed such suggestions with his consistent performances. From covering every blade of grass to protect United’s backline to contributing in attack with his headers and line-breaking passes, Casemiro has contributed massively to United’s recent good fortunes. His celebrations and interviews have also underlined his commitment to Erik ten Hag’s project.

While the former Real Madrid man has surprised many with his impact both on and off the pitch, he has been left amazed by the skillset of one of his new teammates.

The Red Devils beat Wolves in their final game of 2022. Marcus Rashford came off the bench to score the winner and secure all three points for the visitors. The match-winner was lauded by the Brazil international after the full-time whistle.

Speaking to ESPN Brasil, Casemiro said: “I’m gonna be very honest with you; I was really surprised with the player Rashford is.

“In my opinion, especially knowing the player off the pitch, I can tell you that if he’s doing well, he can be one of the top five players in the world.

“He has an incredible way of hitting the ball, he’s got strength, he’s quick, is very clever playing. He was one of the players that really surprised me. Of course, when you play in a different league you already know the player, but when you’re in the same club every day.”

Under the tutelage of Ten Hag, Rashford has displayed he has the talent and the mentality to be an absolute superstar. The Englishman was disciplined for oversleeping by the boss over the weekend. He responded with a brilliant performance against Wolves.