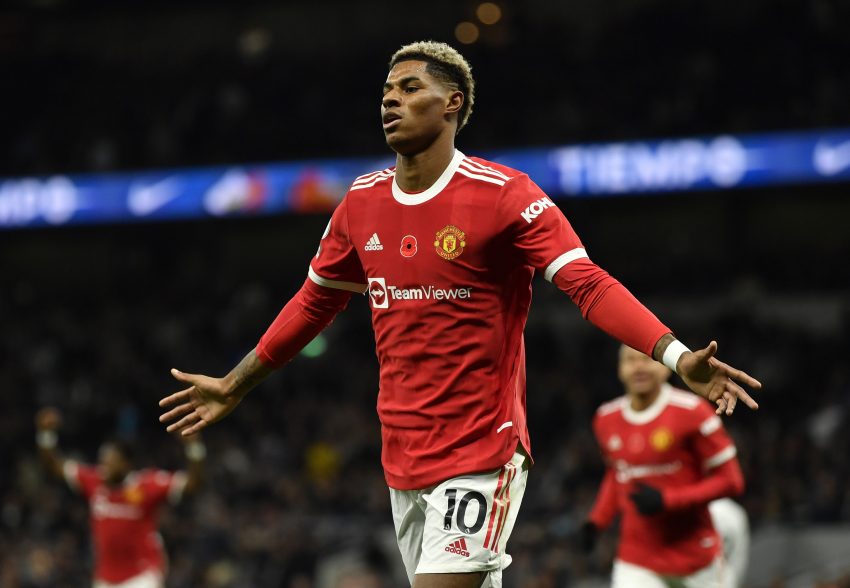 Marcus Rashford found the back of the net once again as Manchester United beat Everton 3-1 to progress to the fourth round of the FA Cup.

Ten Hag’s decision to field a full-strength side in the third round of the competition paid dividends very early. Casemiro and Anthony Martial combined in the middle of the pitch to find Marcus Rashford in acres of space. The Englishman carried the ball well before putting it on a plate for Antony to score the opener inside five minutes.

But United failed to make the most of their early domination, and their sloppiness in both boxes allowed Everton to get back into the game through Conor Coady in the 14th minute. The Merseyside-born defender didn’t enjoy the same luck at the other end and turned Rashford’s cross into his own net after the break. In stoppage time, Rashford converted from the spot to finish off the tie after Ben Godfrey brought down Alejandro Garnacho.

Let’s take a look at some of the major talking points from the game at Old Trafford.

There’s no stopping the 25-year-old at the moment. In his post-match interview, Frank Lampard was quick to highlight that Rashford was the difference between the two sides on Friday night, and rightly so.

Rashford was involved in all three goals in one way or another. For the opening goal, Rashford beat Godfrey before finding Antony at the far post. He showed his dribbling prowess once again in the second half and forced an own goal from Coady. He got on the scoresheet from the last kick of the game and became the first player to score in seven consecutive Old Trafford appearances in all competitions since Wayne Rooney in 2012.

United host Charlton Athletic in their next game and the England international will no doubt target his eighth home goal. But with the Red scheduled to face Manchester City and Arsenal in their next two league fixtures, it’ll be best to not start the man in form in the League Cup.

The Argentine has lost his starting place on the left to in-form Rashford, but that hasn’t affected his output. If anything, his liveliness and pace off the bench have proved tricky for defenders.

After replacing Donny van de Beek against Bournemouth, he displayed impressive composure to assist Luke Shaw, and against Everton, his bursting run proved too much for Godfrey, who gave away the penalty in his attempt to stop the electric winger.

With his recent cameo performances, Garnacho has certainly made a good case to return to the starting XI.

On the day United announced the arrival of a new backup goalkeeper – Jack Butland from Crystal Palace – the club’s Number 1 outlined the need for a proper shot-stopper to challenge his place between the sticks.

United were comfortable against Everton until a blunder from De Gea changed the mood at the Theatre of Dreams. He failed to properly judge Neal Maupay’s cross, allowing the ball to bobble between his legs and opening doors for Coady to tap in from close range.

To be fair to the veteran goalkeeper, his shot-stopping has been fine in recent games, and a rare howler like this won’t bother the manager too much. Rather how he performs with the ball at his feet against high-pressing sides like City and Arsenal will ultimately decide his future at the club.