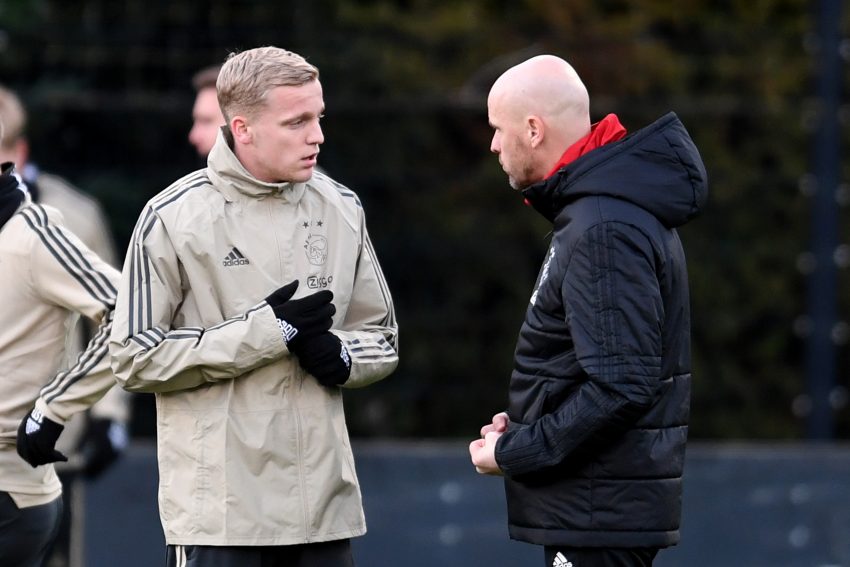 Erik ten Hag’s search for a new forward in January has led him to Ajax once again.

The former Ajax boss lured two stars from Amsterdam during the summer window. Lisandro Martinez moved to Manchester United early in the window, while Antony had to wait until late August to follow in his ex-boss’s footsteps.

Following Cristiano Ronaldo’s departure, Ten Hag has been looking for a new forward. And the Dutch coach is reportedly considering signing an Ajax star to address yet another position in his new squad.

As per the Daily Star, Ten Hag is interested in Mohammed Kudus. However, it’s not going to be easy to sign a third Ajax player in six months.

It is suggested that Ajax are demanding more than £35m for the 22-year-old forward, who can play as a centre-forward as well as a Number 10. The Ghanaian’s value has soared after he produced several impressive displays at the World Cup.

However, United don’t intend to spend big in January following the Glazer’s decision to sell the club.

Further, the Premier League outfit don’t prefer to make expensive signings mid-season and are unlikely to do any different this while. United didn’t do much to stop Ten Hag’s long-term target Cody Gakpo from joining Liverpool this winter.