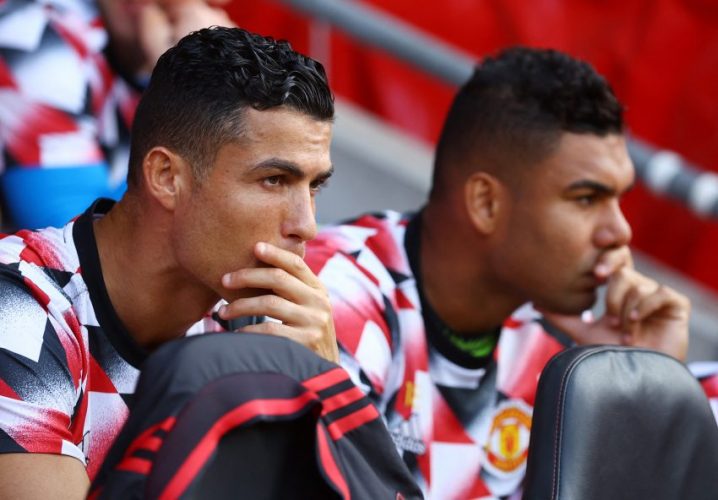 The last 10 minutes at Selhurst Park proved to be a nightmare for Manchester United.

The Red Devils were in control with a goal lead until the last quarter of the game. Bruno Fernandes’ first-half strike appeared to be enough for the visitors to record their 10th consecutive win in all competitions, as Crystal Palace struggled to get past United’s midfield with ease. David de Gea was at his shot-stopping best the rare times the hosts created any opening.

Right at the 80th-minute mark, Casemiro picked up a yellow card for a challenge on Wilfried Zaha. A similar foul in stoppage time led to a free-kick that Michael Olise placed past De Gea to share the spoils.

What happened late in the game in South London might also have an influence on United’s performance in North London over the weekend.

United will travel to Arsenal without Casemiro, who’s suspended for the clash after his fifth booking of the Premier League campaign.

The last time Ten Hag fielded a starting XI without the Brazilian in the league, his side conceded six goals. Since that thrashing by Manchester City in October, United have produced some fine performances, including a defensive masterclass against the same opponent at Old Trafford, largely thanks to Casemiro’s presence in the middle of the park.

As such, the 30-year-old’s absence is going to be a big talking point ahead of the game, and no doubt presents the Dutch coach with a difficult team selection dilemma.

Some fans were quick to suggest Lisandro Martinez’s name to fill in for Casemiro, especially now that Luke Shaw has shown he can effectively replace the former in defence. But the ex-Ajax boss has suggested in the past that Martinez doesn’t have the running capacity to play in midfield.

Scott McTominay played alongside Christian Eriksen in a double pivot in United’s 3-1 win over Arsenal at home.

But Eriksen has looked tired in recent games, and has struggled against sides who don’t allow United to comfortably enjoy the lion’s share of the possession.

Against City, Ten Hag opted to play Fred alongside his fellow countryman and pushed Eriksen higher up the pitch. As such, a return of ‘McFred’ is the most likely solution to replace Casemiro.

McTominay, who excels at winning duels in the middle of the park, should be as influential as Casemiro in winning the second balls. But his poor positioning and lack of composure on the ball could play into Arsenal’s hands. Ten Hag certainly has a job on his hands.