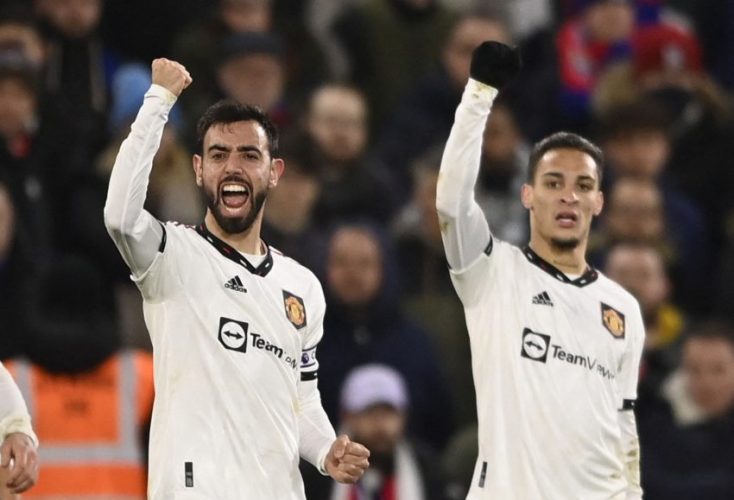 The Red Devils enjoyed a dominant first half in South London and went ahead through Bruno Fernandes’ goal just before the break. However, the visitors lost their grip on the game in the second half after making a number of naive decisions with and without the ball.

The attackers failed to maintain the intensity in the final third. Casemiro got booked after making an unnecessary ill-timed tackle, which means he’s suspended for the game against Arsenal. The likes of Bruno Fernandes and Scott McTominay displayed little composure in possession to see off the tie, resulting in a 90th-minute free-kick just outside the box for Palace, which was expertly converted by Olise, much to the annoyance of Erik ten Hag.

Ten Hag, instead of focusing on the decisions from VAR which denied Scott McTominay a late penalty, said his side should’ve gone for the second goal.

Even in the first half, United could’ve done better going forward, and the same was underlined by Fernandes, who was not happy with Antony’s misplaced pass and was quick to make his disappointment known. However, Antony didn’t take Fernandes’ criticism well and lashed out at his captain.

📸 – Antony & Bruno being a little annoyed with each other. pic.twitter.com/qXn9Kw0p1s

Fernandes and Antony keep shouting ‘Computer’ to each other. Or at least I think that’s what they’re saying

Befuddling that Antony feels the need to roll his studs over the ball when #mufc are trying to accelerate attacks. Happened more than once tonight. Fernandes right to have a pop at him.

Anyway, such disagreements between players aren’t an uncommon sight, and only show the passion they have.

Now, United need to regroup and focus on responding well against Arsenal over the weekend.