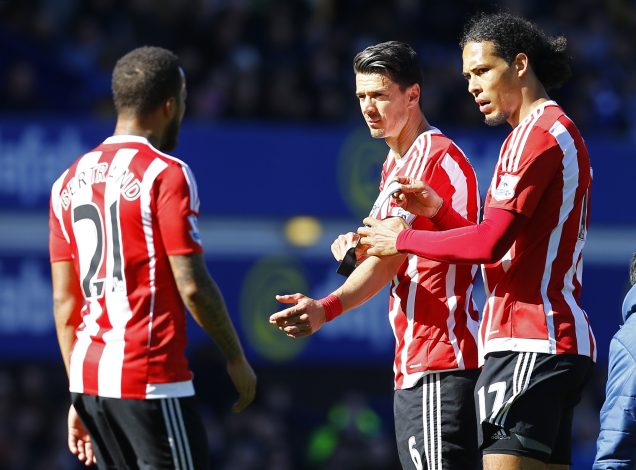 Chelsea have added their former left-back Ryan Bertrand to their list of summer transfer targets.

Chelsea have reaped rich rewards from their full-backs/wing-backs this season in the Premier League. Marcos Alonso and Victor Moses have been revelations, and have had a fresh lease of life.

With the league title, and hence a Champions League almost assured, Antonio Conte wants to strengthen these positions. The Italian is a huge admirer of former Chelsea player Ryan Bertrand, according to the Evening Standard.

Chelsea sold Bertrand to Southampton for only £10million in 2015. This was after he made just 27 League starts in nine years at Stamford Bridge since he had joined the academy from Gillingham.

The full-back is also associated with a unique record from his Chelsea days, as he became the first player in Champions League history to make his debut in the final, when the Blues beat Bayern Munich in 2012.

Jose Mourinho’s return to Chelsea as manager saw him sent to Southampton on loan. The deal was made permanent two years ago, and the player has excelled at the St Mary’s since. He has become a regular with the England national team as well, having even played at the Euro 2016.

Conte prefers a 3-4-3 formation at Stamford Bridge now, and Bertrand’s style of play is expected to suit this formation well. Even though the Englishman was sent out on loan in 9 spells while at Chelsea, bringing a player back isn’t new to the club. The Blues have already re-signed David Luiz and Nemanja Matic, both key players for Conte.

Romelu Lukaku, another former Blue, was also subject to a bid last summer. Though it fell through, they are looking at buying the Everton man this summer. Chelsea are also looking to buy centre-back Virgil Van Dijk from Southampton, but with Liverpool and Manchester City in the fray, it won’t be easy to get him.

If they do win the race, it is unlikely the Saints would want to part with another defensive player. With Manchester City also in the race for Bertrand, it only gets tougher for the London club.

← Real Madrid Set To Offload Luka ModricGoing Down: 4 Reasons Which Ensure That Sunderland Will Be Relegated This Season →