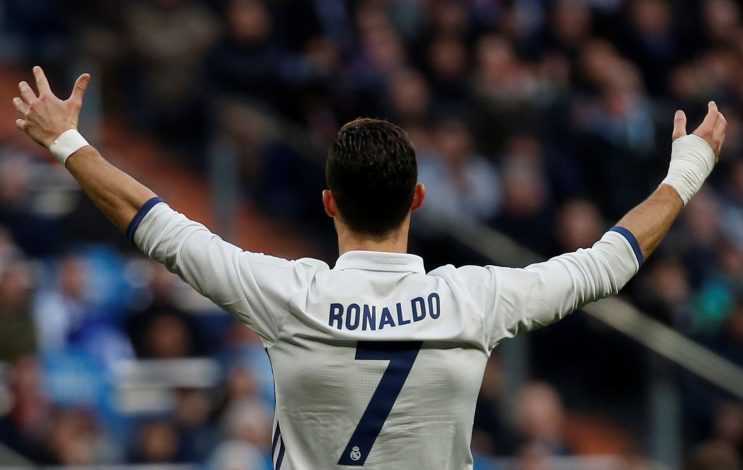 Real Madrid have finally identified Cristiano Ronaldo’s replacement, and he has been in stupendous form in France.

Arguably one of the best players to have ever played the game, Cristiano Ronaldo has gone on to win almost everything in world football. But he is not getting any younger, and the fact that he is 32 has shown in his performances this season.

Though he has been in decent form in the ongoing campaign, Ronaldo has not looked at his sharpest, and Florentino Perez, the Real Madrid president, is convinced that they might have to replace him sooner rather than later.

There are not too many players in the world that can emulate what the Portuguese has done in the Spanish capital in the last few years, but according to reports from Diario Gol, Zidane and Perez have identified French star Kylian Mbappe as his replacement.

Still 18, the AS Monaco sensation has been influential in his club’s run this season, scoring 19 goals and picking up 5 further assists to stand as one of the most productive players in front of goal in Europe.

Though he is relatively young, Zidane is convinced that he can ease the teenager into his team next season, before making him his main man just a season later.

His performances for the French side have seen him attract interests from elsewhere in England. Manchester United’s Jose Mourinho is also desperate to add some attacking quality to his side at the end of the season, and has Mbappe at the top of his wishlist.

But it is understood that Real Madrid are desperate to add him to their rank, and are plotting a stunning bid in the summer to land him.

The fact that the 18-year-old idolizes Ronaldo will help Real Madrid lure him out of Monaco, but do you think Mbappe can replace the EURO 16 winning captain at the Bernabeu this summer?