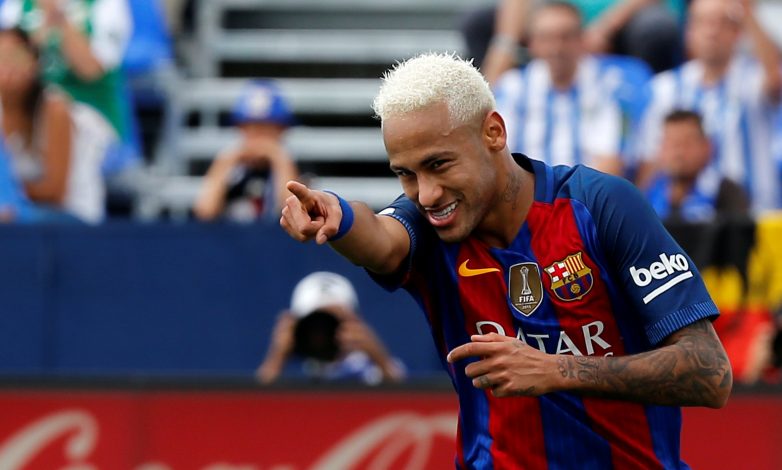 If the Premier League wasn’t already the most exciting football league in the world, it surely will get there with the inclusion of Brazilian magician Neymar as the player recently expressed his admiration for the football played there.

The current Barcelona number 11 said the following while speaking to SunSport, “The Premier League is a championship that amazes me. I admire Manchester United, Chelsea, Arsenal, Liverpool — these are the teams that are always there fighting. And then you have high-level coaches like Mourinho and Guardiola. These are coaches with whom any player would like to work.”

These remarks by the player evidently showed his love for the style of football played in England and maybe one day one of the big teams present there can splurge out enough cash and show ample desire to bring one of the best players in the world to play in the greatest league.

The factor which majorly attracted Neymar’s attention was Leicester City winning the league last season which goes to show how competitive and completely unpredictable it actually is.

The defending English Champions are currently with Barcelona in the last 8 of the Champions League and look to continue taking forward their dream when they face La Liga side Atletico Madrid over two legs.

The Brazilian further went on to add how Leicester have deserved to be where they are and they will not be disrespected or overseen if they draw against Barcelona anytime in the competition.

Neymar showed his worth to the world when he scored two goals in part of Barcelona’s greatest ever comeback to knock PSG out of the competition in the round of 16 and along side Messi and Suarez, he feels to be lucky to be a part of a trio which is scary for any defender to face.

← Andy Cole Successfully Undergoes Kidney TransplantReal Madrid Star: This Is The Only English Club I Will Play For →