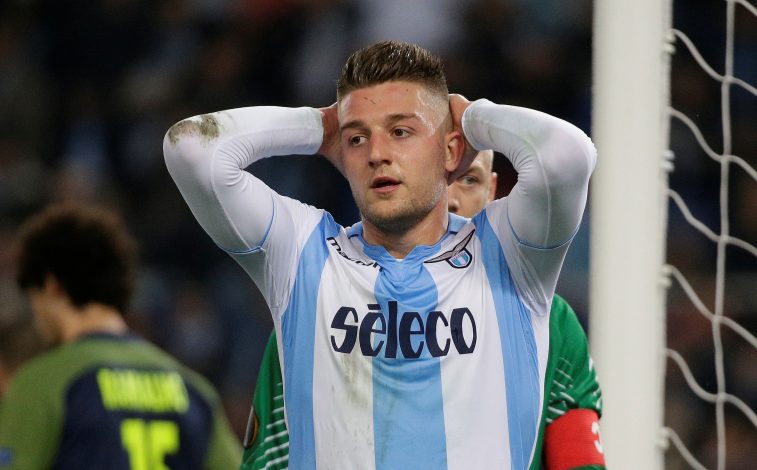 Jose Mourinho’s Man Utd are looking to strengthen their midfield in the summer, and after being touted to land Fred, they also feel that Lazio star Sergej Milinkovic-Savic could be another viable addition.

With Marouane Fellaini’s future under the clouds and Michael Carrick retiring, United are in the market to get classy midfielders, and they are willing to go the distance to land Savic.

The player is regarded as one of the most exciting talents in the world at the moment, and getting him alongside Fred will be a superb deal.

According to an update from Italian journalist Fabrizio Romano, the Mancunian club made an inquiry for Savic some days ago.

WATCH: 7 Things to Know About Fred

But he also added that United haven’t made an official bid, but are monitoring the situation. Lazio are believed to be asking a hefty sum for the 23-year-old.

This shows that the Red Devils would be focusing on landing Shakhtar Donetsk’s Fred first, and then begin negotiations with Lazio for Savic.

With several other top clubs said to be keeping an eye on the player, United will have to act swiftly, before Lazio agree a deal elsewhere, provided they receive a good enough offer.

Savic is said to have a skill-set that suits Mourinho’s style of play. His dribbling and passing skills are proven to be world-class, and a defensive awareness, coupled with an ability to create spaces up-front, will mean that he will be an all-round positive addition to a squad that has often seemed wanting for creativity in the past.