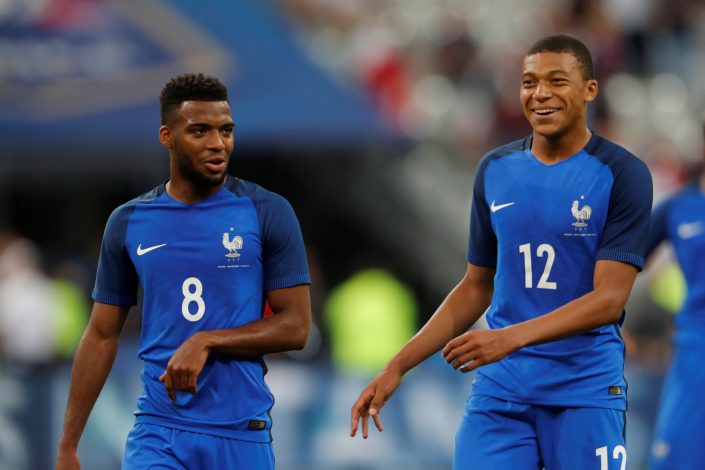 While the Premier League is suspended until April as the world fights the novel coronavirus outbreak, reports have been surfacing hinting contacts between representatives of Thomas Lemar and Manchester United.

Continued deploying of Bruno Fernandes which when added with the earnest efforts of Scott McTominay and Fred would contribute a midfield worthy of satisfying the club manager.

However, as it seems Ole Gunnar Solskjaer is not stopping there. Accordingly, ESPN reports that the United officials have held talks with the Frenchman last week concerning a move linking him to England.

Lemar is closing in on the exit door, preferably by the end of the current campaign at Athletico Madrid after no longer being popular with the Spanish side. And despite the initial portrayal of interests from Arsenal and Liverpool, the Old Trafford outfit have made the first move.

The 24-year-old has made regular appearances for the La Liga club, featuring in 24 games this season. Nonetheless, the star has not yet registered goals nor assists to his name which is a clear indication of how the winger’s set of skills isn’t overlapping with the rigid system of Diego Simeone.

Not being able to make a mark there, it’s reasonable why Lemar wishes for a move away over the summer. Moreover, with his current boss claiming that he has not lived up to the expectations and hence could leave Wanda Metropolitano has further increased the likelihood of his departure.

Despite arriving from Atleti two years ago for £65million, owing to the lacklustre spell the star’s having at Athletico Madrid, the Red Devils are hoping to swoop the youngster for a significantly lesser figure.

Nevertheless, having shown interest in signing Jude Bellingham previously, it still remains a mystery as to whether the English side would land two midfielders simultaneously over the summer despite already having talented assets in the squad.