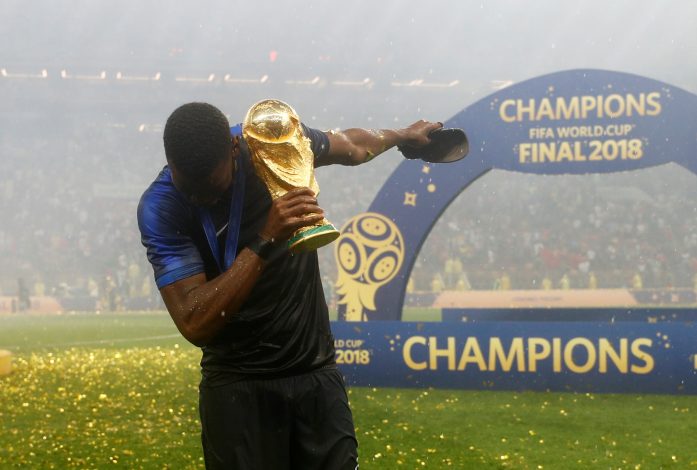 With the ongoing COVID-19 crisis, football across the globe, including the Premier League, has come to a glaring halt as the pandemic rises to terrifying numbers of individuals infected and dying.

There has been much discussion as to how to best deal with the incomplete seasons in the midst of a near global lockdown as countries attempt to flatten the curve and reduce the rate of infections. Europe, in particular, has been heavily affected by the virus.

Many rumours did the round regarding models to end the major competitions even as the UEFA indefinitely postponed the Europa and Champions Leagues. Domestically too, uncertainty looms large.

However, the Premier League may have an intriguing way of returning to business.

As per the Independent, all interested parties in England, ranging from the government to football chiefs, are now pondering a ‘World-Cup style’ finish to the remaining Premier League gameweeks.

According to this style, all remaining games will be played behind closed doors in a matter of days with multiple games being broadcasted in what is being touted as a ‘TV mega event’.

The timing is expected to be in the months of June and July as most global estimates expect the pandemic to have largely abated by then. As such, this type of an event is expected to be a means to ‘engross the population’ in the midst of the lockdown.

The report also adds that all parties are trying their best to ensure that the season ends with games being played as voiding the campaign is being touted as a highly unpopular option. This is understandable given the kind of unprecedented run the likes of Liverpool have been on, not to mention European and relegation spots respectively.

As such, this sort of an arrangement, despite the lack of in-stadium fans, could end up becoming a resounding success and an apt way to end a global crisis.

However, any such plan still remains very much in the pipelines as many crucial resources will have to be utilized regardless of the empty stadiums and the limited locations.

It remains to be seem what toll and extent the virus will take prior to considering the return of the great game.