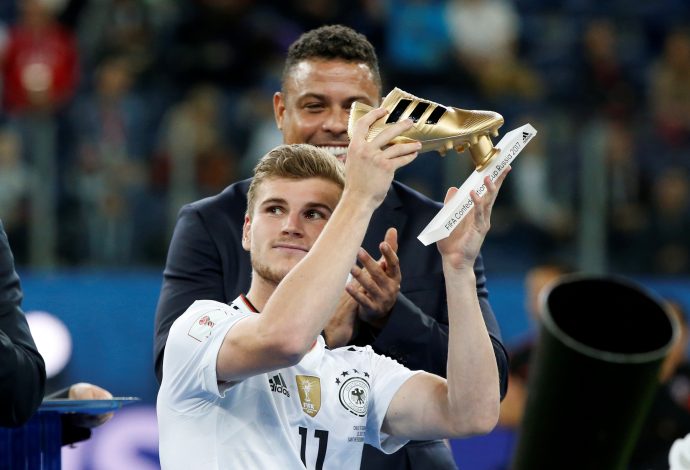 Manchester United and Chelsea have contacted the agent of RB Leipzig’s Timo Werner.

The German international has long been linked with a move to Liverpool, but the Guardian recently claimed that the Premier League leaders need more time to make a decision, and first want to fully understand the impact coronavirus will have in the upcoming transfer window.

However, Liverpool will need to act fast if they want to land the 24-year-old, as Bild reports Manchester United and Chelsea have entered into talks with the Werner’s agent, though he is still waiting for an offer from Jurgen Klopp’s side.

Earlier this week, the RB Leipzig striker, who is challenging Bayern Munich’s Robert Lewandowski for the Bundesliga Golden Boot award, revealed that he would prefer to move to a foreign league.

“Bayern are a great club, we don’t need to talk about it, and Hansi Flick has proven this season he is a really good head coach,” he told Bild.

“But if a move were to become an issue at some point, I would be more tempted by a move abroad than a move to Bayern.

“It’s just that the challenge of another league would appeal to me a little more than a move within the Bundesliga.

“Of course, it also important that mutual respect is there as much as possible. That’s why I chose RB Leipzig at the time, and why I would choose the club for [the] next step as one where I would get that feeling.”