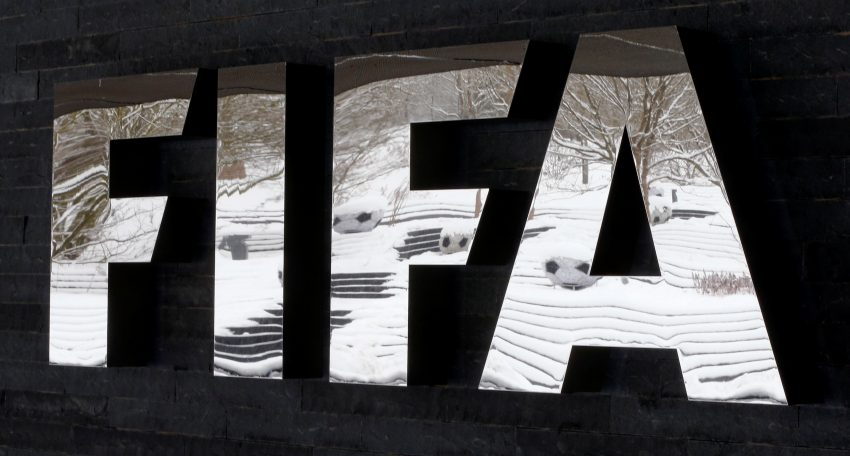 The snow-covered landscape is reflected in a logo in front of FIFA headquarters in Zurich, Switzerland. REUTERS/Arnd Wiegmann

The near-global lockdown enforced by the pandemic is coming to varying degrees of progression.

As such, certain football associations have clear-cut ideas of when and how to commence their domestic leagues, with Germany paving the prime example as all iterations of the Bundesliga have a resumption date. South Korea is another nation on a similar path with the K-League already restarted on Friday, in front of empty stands.

In view of the fact that more leagues across the globe will wish to finish their current seasons, FIFA has officially put in place some temporary measures to facilitate the transition.

As per the new norms, up to five substitutions are permitted every game. However, these changes will still have to be made only in a maximum of three normal-time stoppages, like prior. A sixth substitution will be permitted if a fixture goes into extra time.

Interestingly, the new changes also include the ability to scrap VAR for the remaining portion of the season, with social distancing concerns being cited. However, the final decision with regard to the same is being left to the leagues themselves. The same applies on whether to implement the other changes too.

These have been passed with a view to lessen the burden on the players once football resumes. Since any realistic scenario of completion will see multiple matches being played within a span of a few days, the extra substitutions will be crucial to enable squad rotation and reduce fatigue and chances of injuries.

While the changes are in place, there is still some doubt over how many leagues will be benefit from it as the pandemic continues to take its toll on many countries who are considering the option of cancelling the ongoing season altogether.