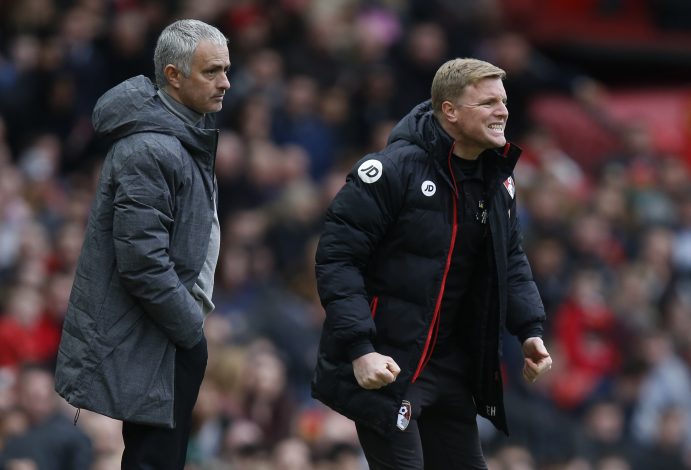 5-2 was the scoreline when the referee blew the final whistle, as Manchester United’s offensive lineup blew away Bournemouth’s defence in Saturday’s Premier League clash.

Inducing major excitement amongst the supporters, the Red Devils have thus stretched their unbeaten streak to 16 games in all competitions, showing promises of the revival the club have been looking for a long time now.

Although the result is a direct effect of the improved team play the Mancunians have been showcasing, most supporters have attributed the club’s better results to the introduction of Bruno Fernandes at Old Trafford. Moreover, having scored a goal in Saturday’s domestic clash, the Portuguese midfielder has further strengthened the impression he left off amongst the audience.

Subsequently, the Bournemouth manager expressed his thoughts on the enhanced United team following the final whistle.

Eddie Howe said on BT Sport: “Manchester United are a totally different team to the one we played earlier this season. They are very creative in midfield with Fernandes there now.”

The winter signing scored a brilliant free-kick in the fixture to add to the elegant scoreline the Mancunians worked hard for. Furthermore, his precise strike aided the Red Devils to achieve their first five-goal haul in Premier League at Old Trafford since 2011.

Fernandes has also driven the supporters crazy as evident from the reactions on social media, having been involved in more Premier League goals (11) than games played (9).