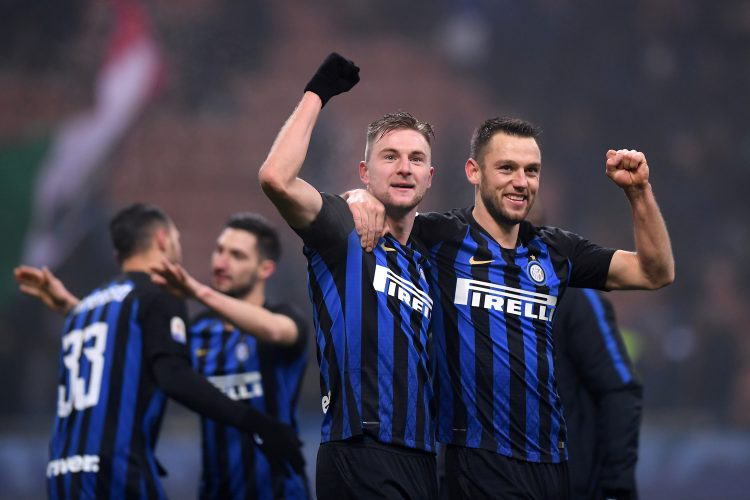 Sharing no resemblance with the initial form they displayed during the beginning stages of the 2019/20 campaign, Man United have surprised Premier League enthusiasts with superior performances since February.

Wishing to continue the revamped quality in their football, Ole Gunnar Solskjaer finds it crucial to make a few key additions to the squad once the transfer window opens and high caliber players go up for the grabs.

Adding to the previous list of potential targets, the latest sources have declared that the Red Devils have already made their move on the Inter star Milan Škriniar.

As per the reports of Tuttosport (via the Mirror), the Mancunians have tabled an offer of £58m to the Italian side, hoping to secure the defender before any other big club could compete for his signature.

With that being said, it’s also understood that Man City have a coincided desire of improving their defensive wall, owing to which, the Citizens are also reportedly eyeing the 25-year-old.

It’s also reported that there have been rejected proposals from giant clubs like Real Madrid and Bayern Munich. Accordingly, it’s unclear whether they might reconsider their interest in the talented centre-back with a better offer as well.

However, the star has been struck by a woeful spell at San Siro recently, owing to which the Italian side have trouble demanding superior transfer fee for the Slovakia international. Plus when adding the fact that he has been struggling to adapt to Antonio Conte’s rigorous tactics, it could further aid his transfer away from Inter.

Although the Italian club have not yet tagged the centre-back with a fixed fee, it’s uncertain as to whether the Red Devils, having an eye on other potential targets, could compete against other financial giants for securing the Slovak.

Nevertheless, with the transfer window edging closer, all the uncertainties are expected to fade in the upcoming months of 2020.