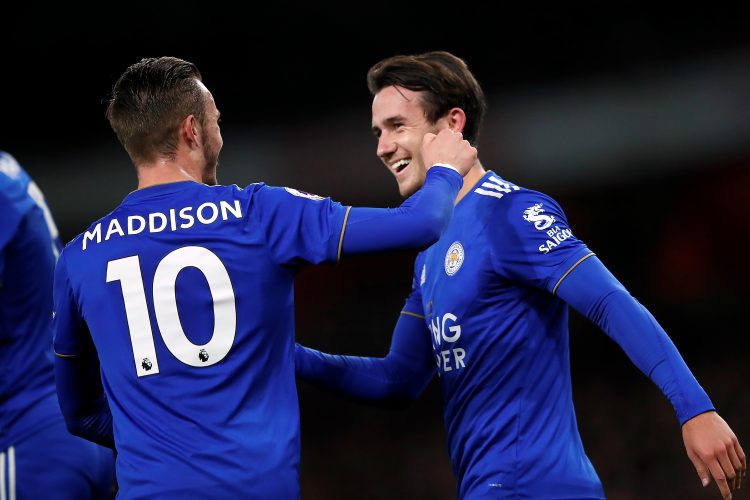 Although there are a wide variety of elements that require betterment, the current Manchester United side looks formidable overall, having showcased overwhelming performances this year.

Furthermore, the English side were previously eyeing various potential targets to revamp their frontline further, as Solskjaer finds it crucial to make additions once the transfer window opens in order to secure silverware next season.

Nevertheless, the latest reports suggest that the Norwegian manager wishes to improve their defensive wall as well, having shown appreciable interest in Milan Skriniar, and now in Ben Chilwell.

Sourced from the Sun, the Leicester star is priced at £60million, with Chelsea and Man City showing increased desire in the youngster lately.

The Red Devils nevertheless believe they certainly require the talented left-back for offering tough competition to their rivals in the upcoming campaign, as the report claims United are in pole position to sign the superstar.

But with the tremendous backing offered by Abramovich this time around, Frank Lampard has the potential of offering substantial resistance to the pursuit of United for the full-back.

Primarily as a replacement for Benjamin Mendy, Pep Guardiola is also reportedly keen on securing the starlet’s signature over the upcoming transfer window.