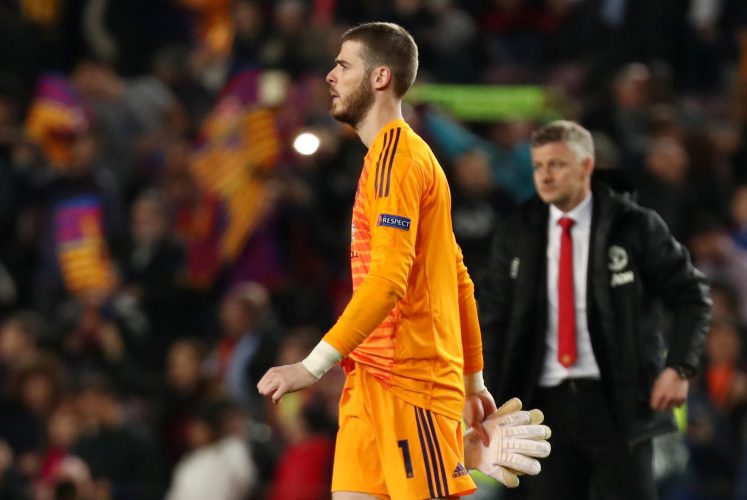 David De Gea’s Manchester United form has been raising big concerns and it is no longer just the pundits.

When players perform poorly, especially in big games, even the most empathetic ones in their club’s fan base have a hard time defending them. Goalkeepers appear to face the worst brunt of the criticism, as Loris Karius’ blunders at Liverpool have clearly shown.

This is often due to the fact that the designated shotstoppers are the last ones to come into the potential of contact before a ball goes into the back of the net and no matter what the flaws or brilliance prior to that, it is the crucial moment from shot to celebration that keepers are judged.

David De Gea is now on the receiving end of such blunt criticism. While the triggering factor has been the poor showing of the Spaniard against Chelsea in the FA Cup semi-final, at which fans were deeply disappointed, the warning signs have been there for a while now.

De Gea simply hasn’t been at the top of his game from over a season now and occasional picturesque saves don’t change the raw reality of the sheer number of easy and soft goals he has let in. This has led many pundits to be scathing in their attacks towards him.

According to the Times, even his teammates are showing concerns in this regard as he is apparently poor even off the pitch whilst training at Carrington.

The issues that the once top keeper in the world is facing now need to be addressed as he is arguably becoming the weakest link in a United side that is slowly building up steam to become better.

During his pre-game press-conference prior to the clash against West Ham, Ole Gunnar Solskjær refused to blame De Gea and entertain further questions about him, stating: “This is not going to become a David De Gea press-conference. We’re just going to stick together, we’ve got two games and we’re just going to focus on that. David is mentally strong enough to know that his job is to perform in training the next day and then be ready for the games.”