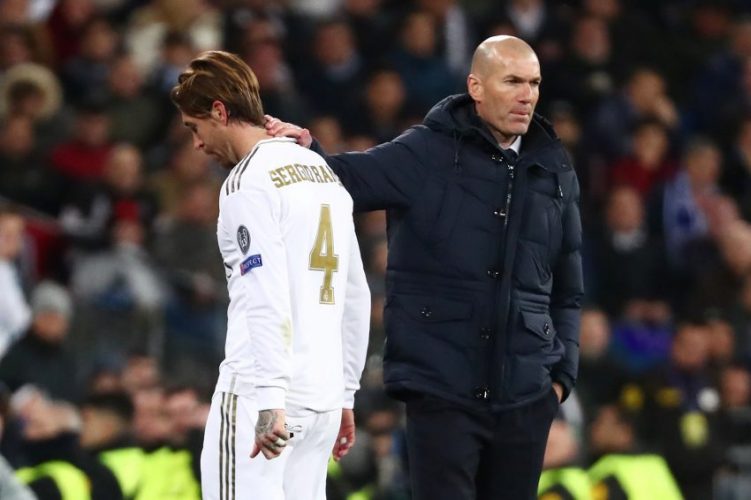 Sergio Ramos just led Real Madrid to an outstanding La Liga title, the club’s first one since the 2016/17 season. This achievement from the club captain is more than a symbolic one as the Spaniard had an active role in bringing about the effort, including in areas not generally associated with a defender.

As such, it is of great merit to explore just how impactful the 34-year-old has been in securing this performance for Los Blancos.

Firstly, it is interesting to note that this is the side’s first La Liga title since the departure of Cristiano Ronaldo. While the interim period between their last win and Ronaldo’s departure did include the historic Champions League haul, this specific run is crucial in many ways and Ramos’ impact in the same has been steady.

It can be argued that the centre-back, along with Karim Benzema, managed to best fill the gap left by the Portuguese superstar in delivering the sort of impactful and consistent performances that is required to go toe-to-toe with Barcelona domestically. Ramos succeeded in doing so in a manner that several expensive signings in the middle simply couldn’t deliver and the catalytic role played by the prodigal Zinedine Zidane also brought about this season’s glory.

A clear indicator of the same is the player’s goal tally – an attribute normally not looked at for a defender. With 11 La Liga goals this campaign, Ramos has managed to edge out several big names. This is also the most netted by a centre-back since Fernando Hierro back in the 1993/94 season. In fact, this number is made even more special when one realizes that it is the most goals scored by a defender in a single season in the 21st century.

He has also been a big contributor of goals for Madrid as only Benzema has scored more in the league with his towering count of 21. This actually speaks volumes about the goal-deficit at the Bernabeu as no other player has managed to get into double-figures.

As such, it is particularly impressive that a defender had to step up to the role and fulfill the same and that it worked to the extent of a title success in the end. A breakdown of the goals does reveal that 6 of them were scored from the penalty-spot. While this is generally a much-ridiculed source of goals, in Ramos’ case it has to be specified that he is an assured scorer, having never missed a penalty in his entire career. All in all, he was able to solidly provide the goals in a season where they were otherwise dry.

Further still, his duty as the steadfast leader at the back is commendable. Several of Madrid’s games this season were won with a margin of a single goal. During those occasions, in addition to providing that winning strike on a few times, the way in which Ramos dictated his teammates on the pitch was imperative to them securing all three points. Those cheekily-grabbed wins ended up making all the difference as Barcelona were 5 points behind in the final table, despite having netted 16 more goals. 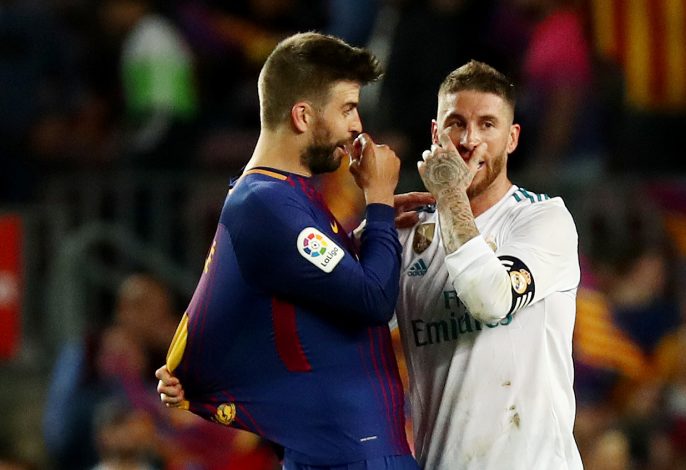 There too, the difference has a Ramos touch to it given that Barca conceded 13 goals more than Madrid who had the La Liga’s cleanest backline as evidenced by only 25 goals let in. They also have the highest number of cleansheets kept domestically as well as in Europe this campaign. Here, Madrid and Ramos’ traditional defensive strengths can be lauded, and one can argue that their Catalan rivals lack precisely this sort of a player in their dressing room. Upon the eventual departure of Lionel Messi, one way or another, this void will be felt at Camp Nou and they must work on bringing a player of this caliber to their outfit.

All in all, despite his age Ramos has succeeded in consistently remaining a top performer. The Champions League avenue still looks like a probable one for his side despite trailing by a goal to Man City but this domestic feat is one that the defender can revel in and bring to his credit the most.