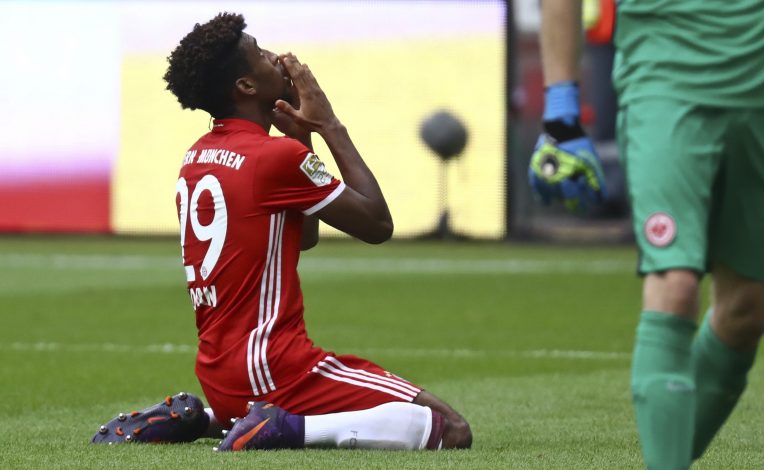 Manchester United have their eye on a Bayern Munich player and it is not Thiago Alcântara.

Ole Gunnar Solskjær’s outfit have their goal set on Champions League football for next season and it will still come down to how they fare against Leicester City on Sunday for them to be sure of anything.

However, their hopes for the seasons ahead needn’t be an arbitrary one as the Red Devils look to add several reinforcements via the transfer route.

With months of speculation surrounding the probable addition of Jadon Sancho, the side may now have a fresh name on their radar.

As per the Athletic, Manchester United are in talks with Bayer Munich over striking a possible deal for Kingsley Coman. The 24-year-old Frenchman is a winger and has missed out a good chunk of the present season due to injury but carries a lot of potential.

As per the report, United are looking for a loan deal if a permanent one cannot be worked out. It is understood that the player himself is keen on making the Old Trafford switch to play alongside his compatriots Anthony Martial and Paul Pogba.

Sancho remains the club’s top pursuit but this interest for Coman may stem from a desire to add more depth to their roster, especially since some of the existing surplus talent may be shown the exit door as well.

Coman functions primarily on the right side which is where United lack credible talent at the moment, presently making do with the prolific but centre-seeking Mason Greenwood. His dribbling is quite impressive and there is a knack for making key passes, although how he would adapt to Premier League football and make a holistic contribution to Solskjær’s tactics remains to be seen.

Should United make this move or is their roster already good enough pending a world-class arrival?