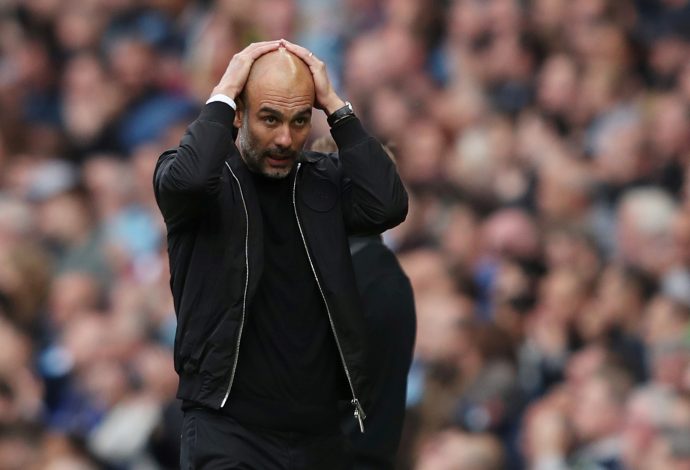 Man City may be set on losing another youngster.

The relentless transfer speculation surrounding Jadon Sancho had its stem from a year ago when the English starlet departed Manchester City to make his mark on the Bundesliga. The academy graduate was a promising prospect that City were unable to tie down to a long-term deal and the resultant form and the speculated pricetags of the forward may certainly cause some desire amongst their supporters.

However, now the Citizens may be in for a repeat of the same as another promising youngster allegedly wants out.

Prior reports had indicated that Barcelona are interested in acquiring the Spanish international who functions primarily as a centre-back and has had stints at right-back too.

Incidentally, Garcia started off at Barca’s famed La Masia and turned to England to better his hopes. However, as per Goal, Guardiola’s alleged uncertainty at the Etihad is amongst the factors that have prompted the teenager to consider his future elsewhere.

City would have been let down by this as their defensive options were quite woeful this last campaign and was often their undoing against Liverpool in the Premier League race. A youngster like Garcia was viewed as a beam of hope in that regard but that is certainly not the case now.

It will be interesting to see what the future holds for both the player and the club with the latter’s acquisition of Nathan Aké having hopes to redeem some of their worries at the back.