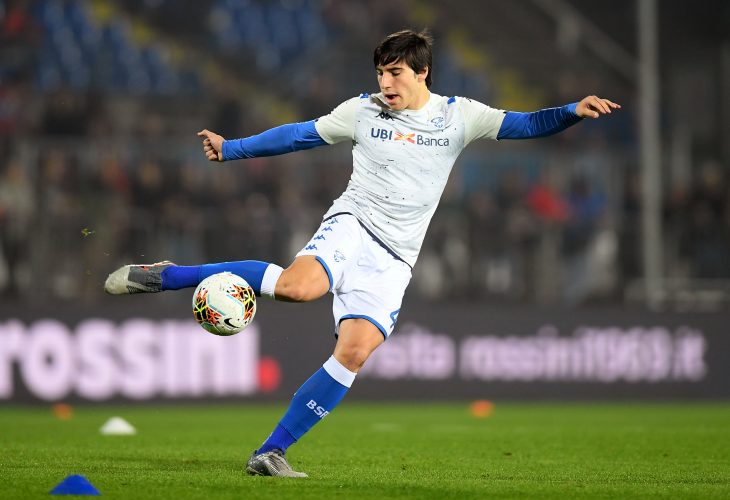 It has been widely reported that both AC Milan and Inter Milan are interested in ‘the next Andrea Pirlo.’ Tonali is highly rated in European football, scoring a goal and assisting a further 7 last season.

The Brescia man was crucial for his side during their relegation battle but ultimately they couldn’t stay up. This is purportedly why the Italian wishes to change clubs this summer.

It was previously believed that the youngster wants to spend more time in Italy in order to develop his skills and talent before making a big move.

However, that may change in the coming days as things appear.

Corriere dello Sport also reported that the 20-year-old has a strong verbal agreement with Inter. The agreement was made so that Antonio Conte does not miss out on his target should a late bid from another club be received.

Nevertheless, that is sort of what could happen as the Italian outlet reports now that there was “recently a phone call” from United inquiring about the playmaker. There is not exactly a lot of details available about the interest from the English giants.

Only time will tell if the Red Devils would manage to hijack this transfer.

On the other hand, derby rivals AC Milan have also been heavily linked as the midfielder’s next destination. And although Gianluca Di Marzio reported that Stefano Pioli’s side have similar plans to that of the Premier League outfit, other reports say that the permanent signing of Tiemoue Bakayoko may have discouraged such efforts.