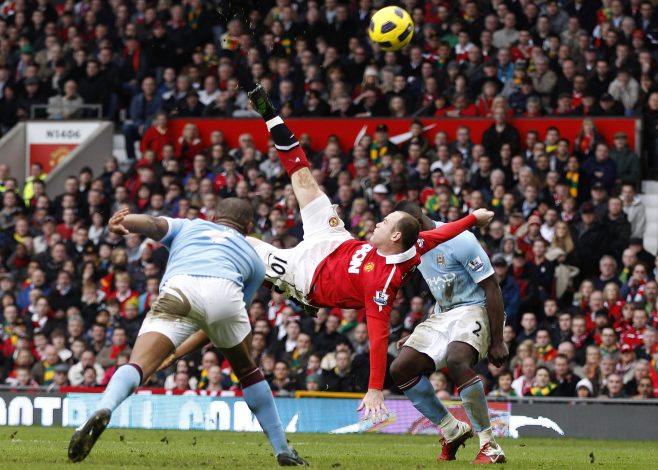 Lionel Messi’s potential exit from Barcelona has got the football world talking.

A transfer, if it occurs, would be a momentous one with the shockwaves hitting both domestic and European football. At the moment, it is Manchester City who are touted to be the most likely destination for the Argentine superstar.

Other clubs are allegedly interested too though although the sheer magnitude of the move will make any deal an enormous one.

However, Wayne Rooney thinks another transfer could work better.

Wayne Rooney was discussing Lionel Messi’s potential transfer to Man City with talkSPORT, asserting that the Argentine striker would do great in England. A strong claim from the discussion came when Rooney opined about who would win the League next campaign.

The Englishman maintained that the race was still between Man City and Liverpool and also spoke about the chances of the other teams based on their transfer activity, adding: “I think it is City or Liverpool. Chelsea are making a lot of signings, some good signings. Man United have a lot of potential in the players they have got but I still think they are a year away. Chelsea with the new signings will possibly need a year to get everyone on the same songsheet.”

However, when it came to buying players, Rooney felt that one transfer would seal it for the Merseyside Reds as he adds: “So I do think it is between City and Liverpool. And if Liverpool get Thiago from Bayern Munich, I think it is done [the title]. That is a better signing than Messi going to Man City.”

Quite a strong claim although it may speak more about the quality Jurgen Klopp’s side already have. It is certainly surprising to see the former Red Devil speaking positively about both of United’s traditional rivals. Guess honesty does come before club loyalty.