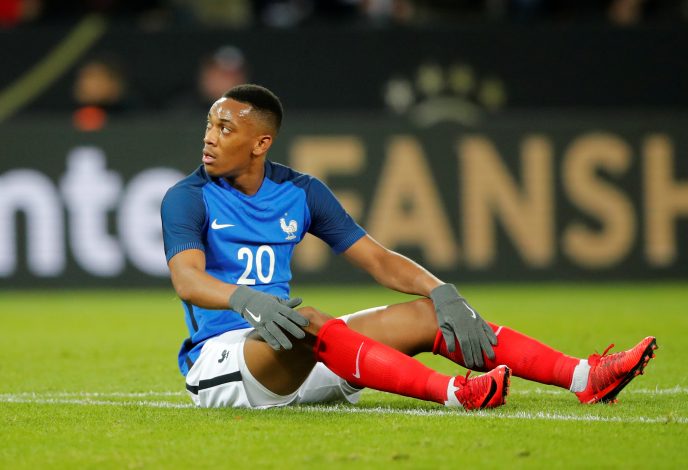 Anthony Martial was excellent in his display with France against Croatia.

The reigning World Cup champions were prominent during the effective replay of the finals in Russia from 2018 as the UEFA Nations League pegged the two sides against each other again on Tuesday.

The scoreline was identical this time too at 4-2 with France getting goals through Antoine Griezmann, Dayot Upamecano, a penalty from Olivier Giroud, and an own goal via Dominik Livakovic.

Croatia did make the tie highly interesting, opening the scoring via Dejan Lovren and then equalizing in the second half through Josip Brekalo.

In the end, though, it was France that secured the victory and the performances of one man has left fans excited.

Anthony Martial was excellent during the fixture. This time around, he was given the starting spot itself and showed his skillset early on by assisting Griezmann’s equalizer to make it 1-1.

The Manchester United player nearly scored as well, hitting the woodwork and his workrate throughout the game was quite something too, especially given that he got into several duels.

Fans stormed to Twitter to make their assessment known.

Anthony Martial has a goal and an assist in the first half for France against Croatia.

We’re witnessing a special player finally announcing himself on the international stage. pic.twitter.com/4LaHhykzaV

Anthony Martial has now been directly involved in three goals in his last five starts for France:

It’s no surprise Martial is ripping it up now. Footballers thrive on confidence.

From giving him no 9, making him our main striker to coaching him to score scruffy goals & urging him to stay central – Ole did just that.

Congrats Martial, can’t wait to have you back home. #AM9

Solskjær has reinvented Anthony Martial, fast becoming one of the most balanced forwards in the sport. His progression this year has been insane, not surprised that both club and country are reaping the rewards. With Paul Pogba/Fernandes behind him next season, sky’s the limit.

Martial’s new season starting as his last season ended, with him winning a penalty and creating goals. If he keeps this up then he has to be a certain starter for France soon.

Didier Deschamps on Anthony Martial: “I wouldn’t say that he has undergone a metamorphosis but he has changed. I have noticed as well off of the pitch. He is capable of making a difference, very solid. He is on the right track.”

Through such a performance, the 24-year-old also made a crucial statement about his effectiveness.

He essentially made a strong argument as to why he ought to be given the start more often on the national level, ahead of the likes of Giroud and Wissam Ben Yedder.

At Old Trafford, he is Ole Gunnar Solskjær’s first-choice striker and now he is clearly positioning himself to be Didier Deschamps go-to option as well.

Meanwhile, Martial FC will be eager for him to now return to Manchester and ape, if not better, his career-best goalscoring tally from last season.