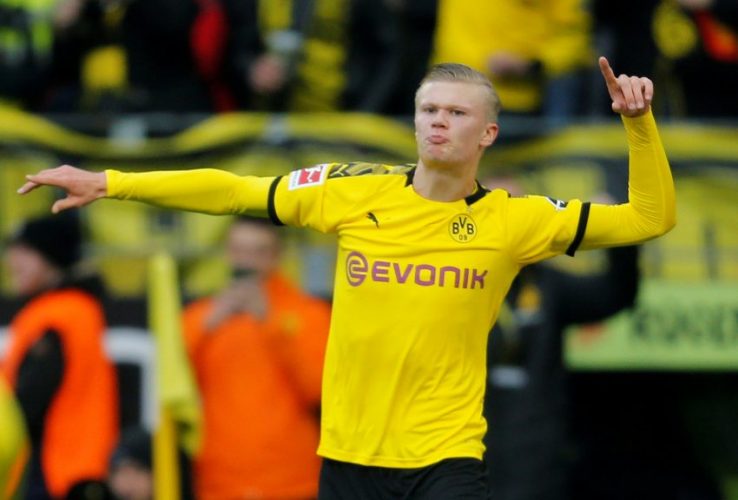 The Red Devils are looking at Bundesliga for their next striker. Though instead of signing highly sought after Erling Braut Haaland, they could instead make a move for Silva.

As per Sky Sport Germany (via Sports Witness), the Portugal international is ‘on the shortlist’ of Manchester United and Atletico Madrid. At the moment only two big European clubs have been mentioned, but considering his form, Silva’s name could be found on the shortlist of plenty more clubs by the end of the season.

Robert Lewandowski is the only player in Europe’s top five leagues with more goals to his name than the Eintracht Frankfurt forward this season.

Further, the 25-year-old, who’s seen as a cheaper alternative to Haaland, has scored three more goals than the Dortmund star in Bundesliga this campaign.

Although the Norwegian is still believed to be on top of Ole Gunnar Solskjaer’s wishlist, Silva’s availability at a reported fee of €30m makes him a bargain – yet equally prolific – option up front for Manchester United.

Meanwhile, Mason Greenwood has extended his contract at Old Trafford until June 2025. Despite spending much of his time on the flanks, the academy graduate has been long touted as a future No. 9. However, the potential arrival of an expensive 20-year-old Haaland would leave no opening in the middle for Greenwood.

Instead, Silva, a relatively much cheaper signing, would still leave a room for experiment and competition without putting unnecessary pressure on the manager from fans and pundits alike.