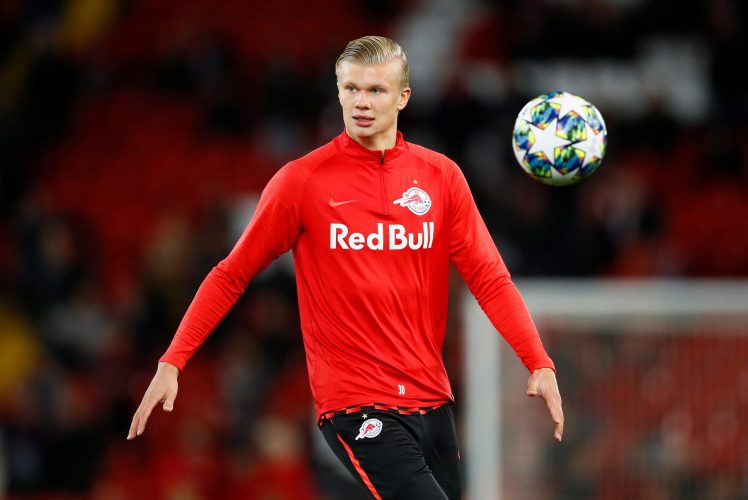 Man Utd have identified the Borussia Dortmund star as their top transfer priority.

Much of last summer saw frustration mount as United supporters saw a bid to sign Jadon ancho fail repeatedly even as the majority of the window failed to oversee any arrival. This did not impact the Red Devils all too heavily as their existing roster managed to do much better than was expected of them this season.

However, nothing changes the mounting gap between them and Manchester City as the side repeatedly failed to capitalize back when they were atop the Premier League table.

As such, it is evident that they need a marquee signing to seal their fate for the future.

As per MEN, United are planning to do just that. Accordingly, Ole Gunnar Solskjær and football director John Murtough have agreed upon targeting Erling Braut Haaland as their top transfer target.

As per the report, Haaland will be viewed as the long-term replacement to Romelu Lukaku. The Belgian’s absence was never filled fully at the Theatre of Dreams what with the inconsistency of Anthony Martial, the sporadic cameos of Edinson Cavani, and the yet to be fulfilled hope of Mason Greenwood.

As such, the 20-year-old Haaland, prolific in scoring goals and nurturing a winning mentality, is a no-brainer. The fact that he was on United’s radar in the past is vital too, as is the fact that they purportedly failed to acquire him aggressively enough when he was on the verge of leaving RB Salzburg.

As such, the Borussia Dortmund starlet now has much more attention pegged upon him as well as plenty of suitors with cash in hand. With an alleged release clause of €75 million and a weekly wage package of over £350,000, it is easy to see why he won’t be the smoothest of players to move about.