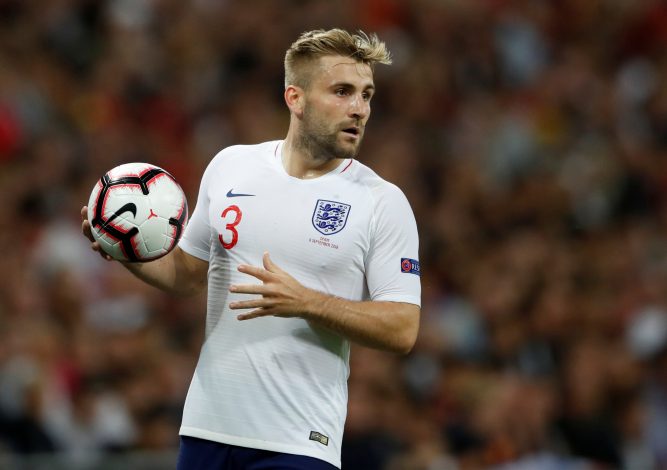 England eased past Albania with a 2-0 win in their second World Cup qualifier.

Harry Kane opened the scoring before assisting Mason Mount for England’s second goal, making it two wins in two for the Three Lions.

The Chelsea midfielder’s goal in the second-half sealed all three points and made it seem like a comfortable outing in Tirana for England. However, the first-half was far from it, as the visitors struggled against Albania’s resistance.

An incisive cross from Luke Shaw is what it took to break the deadlock. The left-back exchanged passes with Mount before delivering a cross for the England captain. Kane’s movement matched the quality of Shaw’s cross, leading to a much easier night afterwards in Albania for Gareth Southgate’s men.

If there was ever any doubt after the season he’s having with Man Utd, the performance against Albania established the 25-year-old as England’s best left-back and also the first-choice pick for Euro 2020.

No matter the club you support, you’ve got to be happy for Luke Shaw. pic.twitter.com/evuoVfVJbh

In the form of his life. 👌 pic.twitter.com/lWjC8G6xfY

Wonderful wing play from Luke Shaw (again) this season and a world-class header from Harry Kane. Few better than either of those two players in their positions in the world right now.

This was Shaw’s first England appearance since 2018, and the recognition he’s finally getting for his consistent showings in recent months is well deserved.

Nevertheless, considering his importance at United, fans will hope he’s rested in England’s next match.

Southgate’s side will face Poland in their third and final World Cup qualifier of this international break under the Wembley lights on Wednesday.