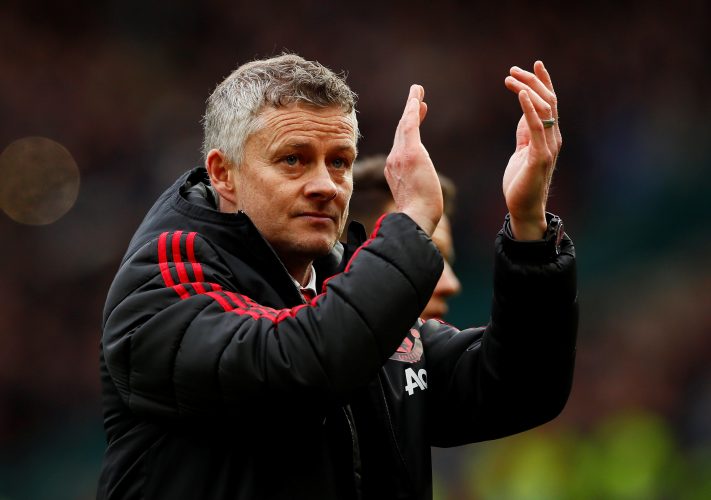 The curtains fell on Man Utd’s Premier League campaign with an unprecedented unbeaten away form, with the Red Devils securing a 1-2 win over Wolverhampton Wanderers on Sunday.

Youth academy graduate Anthony Elanga netted his maiden goal to start the United barrage while it was Juan Mata’s potential final contribution as a Red Devil in the Premier League via a penalty to end the first half.

Wolves did respond with an equalizer in the form of Nelson Semedo’s goal but it was not enough for the home side who bid farewell to manager Nuno Espirito Santo. However, arguably the biggest positive for Ole Gunnar Solskjær’s men was the manner in which his youth players functioned.

Resting regular starters, the Norwegian gaffer fielded teenagers Amad Diallo and Elanga while the likes of Hannibal Mejbri and Shola Shoretire were given opportunities as substitutes.

Elanga had a dream run during the game, netting an excellent goal with his head after a brilliant Daniel James cross into the box. The 19-year-old forward, functioning as a false-nine, impressed with his pace and posed a lot of dangers in addition to making a lot of attempts at goal.

Solskjær: “He [Elanga] could’ve had two more! Just being confident to get in there again. Very pleased with him and he’s got a bright future ahead of him.” #mulive [bt]

As for Diallo, the fresh signing was immensely promising on the flank, putting a lot of hope on potential regular appearances in the season to come. For him too, the pace brought to the attacking quartet was in tune with the kind of counter-attacking football Solskjær has made a brand at United.

Fans were also treated to the debut of Mejbri which has been awaited from a while now. The teenager is somewhat of a celebrity in the youth ranks, with clips of his contributions enjoying cult status amongst supporters.

What makes both Amad and Hannibal exciting is their technicality — clean with the ball, expansive skillset that translates to chance creation and progression.

As in not only are they are talented, they use their talent cleverly. pic.twitter.com/fuD8K7A0zT

Brought on with around ten minutes of regular time left, the attacking midfielder had a relatively muted impact on the fixture, with a couple of progressive runs and excellent passes illustrating what he is capable of.

All in all, the future looks bright for the side and this will lead to a positive selection headache for the gaffer next season.