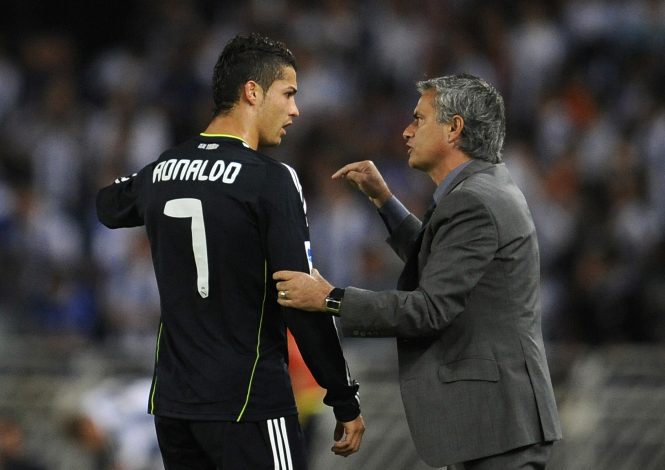 Manchester United’s reacquisition of Cristiano Ronaldo certainly sent ripples across the football world. Fans were ecstatic, to say the least when the deal went through in an almost unprecedented time frame.

Further, players within the roster also expressed their delight at the opportunity to play alongside one of the finest players of contemporary times. Needless to say, Ole Gunnar Solskjaer now has one of the best offensive resources at his disposal.

Given that, the views of a gaffer who was previously in a similar position are quite intriguing.

Jose Mourinho had a frank take on Ronaldo re-joining the Old Trafford outfit. Speaking during his pre-match press conference as manager of Roma, the Special One was predictably questioned about his reaction to the Ronaldo transfer.

Mourinho’s words on the matter were crisp: “What I can say is basic. It’s logical. If Juventus are happy, if Ronaldo is happy and Manchester United are happy, then it’s a perfect deal.”

He then went on to add another statement that put an end to the discussion, stating unequivocally that: “There is no need to talk about Ronaldo. He has written history for the last 20 years. I have nothing more to comment.”

While it is easy to read potential disdain in these words it also comes across as a typical Mourinho comment.

The gaffer’s ending tenure at Real Madrid was fraught with potential differences with players like Ronaldo, which has always scripted some anonymity between the two in the perception of the media.

However, the former Manchester United’s manager’s own appraisal of the matter frankly speaks for itself, akin to how he had reacted recently to Mauricio Pochettino arguably being the only manager to have a squad to be happy with.

It will be interesting to see if the Portuguese gaffer feels the same way about Solskjaer now that his compatriot is back in Manchester.