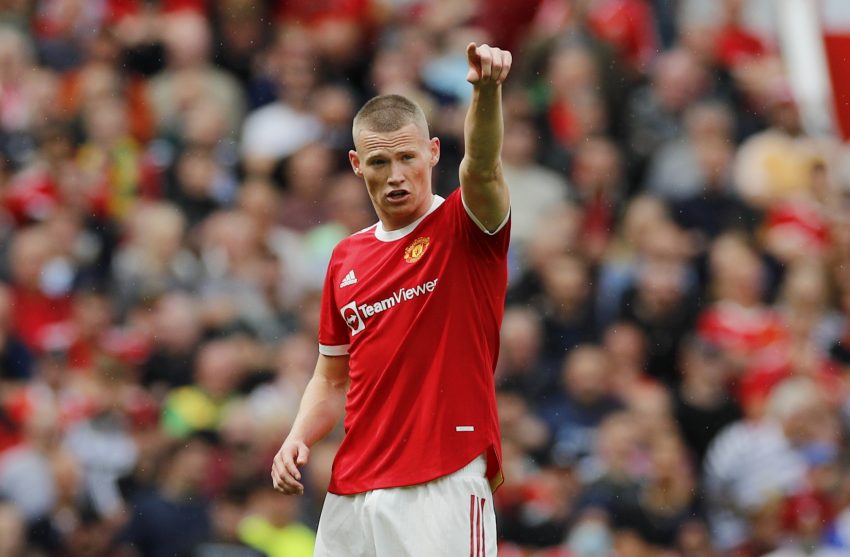 Manchester United registered a convincing win over Tottenham Hotspur over the weekend thanks to a brilliant performance from Scott McTominay.

The Red Devils went into the fixture with the aim to turn the current trend of poor performances around and that’s exactly what they did. Cristiano Ronaldo opened the scoring in the first half with Edinson Cavani and Marcus Rashford following suit in the second half to win all 3 points for their side.

However, the man who stood out the most was probably McTominay who has everyone impressed in Ole Gunnar Solskjaer’s new system. In his new ball-winning box-to-box role, the Scottish international managed to dominate both ends of the pitch. From distribution to defensive contributions, he was almost flawless.

And something that many may not have noticed is the fact that the midfielder performed in a similar fashion against Liverpool last week. The only difference on Saturday was the fact that a back-three allowed the United academy product enough security to venture forward confidently and contribute more to build-up.

Fans seem to love the central midfielder in this new role and their thoughts on Twitter make it very apparent:

I must say: the 5-man defence has allowed McTominay, Fred and Bruno to harass TOT's midfield and it's worked wonders.

I couldn't say it because United lost 5-0, but McTominay was sublime against Liverpool, and he's been sublime again today. He is a special player. His ball striking is elite and he switches the play no different to any elite pure ballstriker, except with constant accuracy.

McTominay and Fred when Ole's job is on the line pic.twitter.com/ndufDnBFQl

On the other hand, Fred is another player who has benefitted from the latest change in tactics. The Brazilian has always been the Scot’s best partner in midfield but playing with the cushion of a back-three has allowed the duo to elevate their partnership a step further.

The Mancunians’ defense was left exposed quite often in recent games and one of the reasons for that is them leaving too much space in the midfield for the opposition to exploit. That flaw was identified and sealed by the time Solskjaer’s side traveled to North London.

Now the only question that remains is what this means for Paul Pogba and his future at Old Trafford.

← Tottenham 0-3 Man United: Player Ratings As Star Players Delivered For SolskjaerAntonio Conte To Tottenham: What It Means For Manchester United →