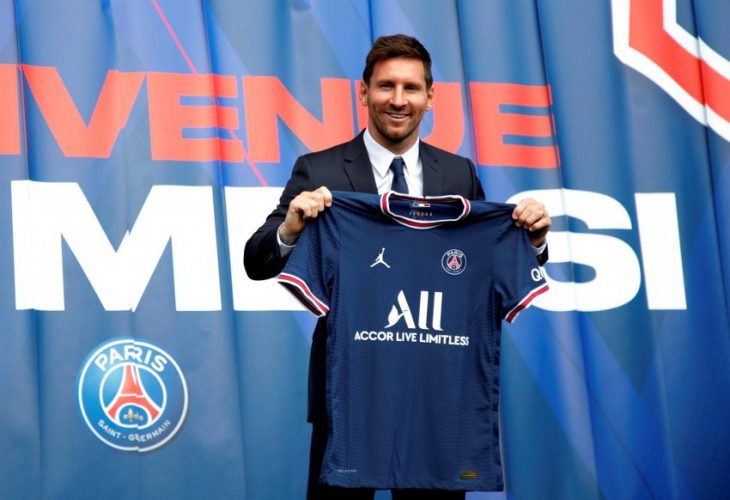 Manchester United have been drawn against Paris Saint-Germain in the Champions League round of 16.

The two European powerhouses will meet for the fifth and sixth time in just over three years. However, the meetings in February and March will be extra special, as Cristiano Ronaldo and Lionel Messi will come up against each other once again to resume their historic rivalry.

There is not much to separate the two of football’s greatest talents, and as is the case with regards to the results in United-PSG meetings, with both sides winning twice against each other since February 2019.

PSG boss Mauricio Pochettino, who’s reported to be on the shortlist to become the next permanent manager of United, will also get an opportunity to audition against Ralf Rangnick at Old Trafford.

However, there have been some questions surrounding the way the draw took place after the Red Devils were wrongly drawn against Villarreal.

UEFA rigged a Man. City vs PSG group when they heard the Ronaldo rumours, but that never happened, so they rigged Man. United vs PSG in the knockouts instead.

It was meant to be! #UCL

This chaotic draw absolutely shows where teams stand. You’ve got Atlético begging for a redraw who shit brick because of Bayern, Madrid not wanting to redraw, Sporting not wanting a redraw because they got Juventus lmfao. No respect right now.

From the always anticipated clash of Messi and Ronaldo to the controversial draw, the tie has already started to dominate the headlines.

Further, it’s being reported that multiple clubs, including United and Atletico Madrid, are awaiting a clarification from UEFA as to what happened in the draw.