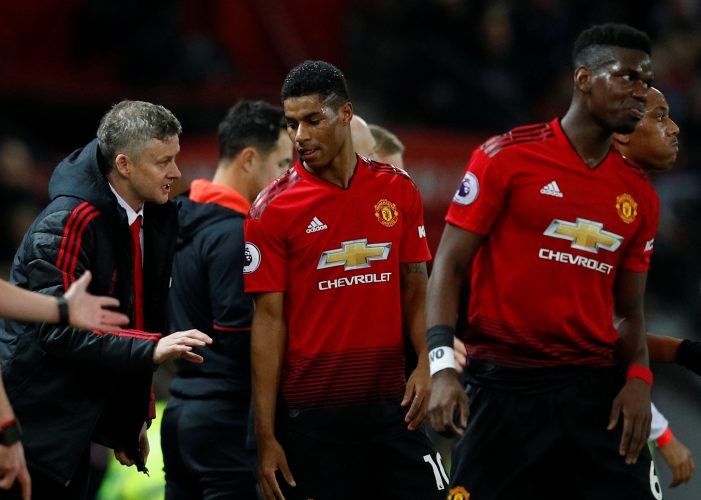 Marcus Rashford’s dip in form has been an issue of concern for Ralf Rangnick.

Currently undergoing a run of 11 games without a goal, Rashford has been a shadow of his former self. The Englishman’s lack of intensity against Aston Villa in the FA Cup was even more worrying than his wastefulness in the final third. However, in his press conference, Rangnick insisted there hasn’t been any issue with regards to the player’s attitude in training.

Despite impressing the interim manager at Carrington, Rashford appears low on confidence during matches. The fact his roles have constantly changed, including a brief spell as a wing-back this season, has only made the 24-year-old’s task of finding his form after a long period on the sidelines all the more trickier.

The England international, who believes he is most effective cutting in from the left flank, has struggled with the same issue under three previous managers before Rangnick.

According to the Daily Mail, in his attempt to hold down one position, he even approached Ole Gunnar Solskjaer, but was told to stop moaning by the Norwegian tactician.

Even if Solskjaer was reluctant to assure Rashford a fixed role in his team, there’s no denying the former club legend managed to get the best out of the academy graduate, and oversaw his best scoring form – on par with the likes of Mo Salah and Son Heung-min – during his first three seasons in charge.

There is a ‘feeling’ Rashford’s versatility has worked against him, allowing different managers to deploy him across the frontline. But at the same time, the ability to play in a number of positions is one of the big reasons behind him featuring on a regular basis despite the abundance of attacking options at Old Trafford.

And at this tough stage of his career, regular game time is must for him to find his scoring boots and confidence.