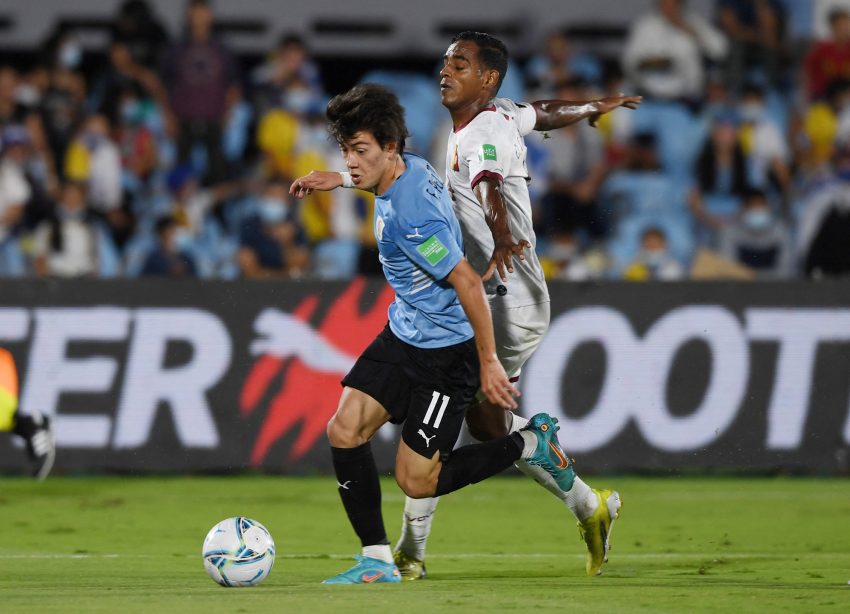 Facundo Pellistri was the brightest spot of all in Uruguay’s 4-1 win over Venezuela.

Pellistri, who only made his national debut last week, already seems settled and in sync with veterans like Luis Suarez and Edinson Cavani.

After his encouraging debut against Paraguay, Diego Alonso gave the Alaves youngster another start in a crucial World Cup qualifier fixture. Pellistri repaid the manager’s faith by delivering a stellar performance in Uruguay’s second win in as many games during the international break.

In the 23rd minute of the game, the 20-year-old dribbled past three Venezuelan players, before cutting back for Giorgian de Arrascaeta to double Uruguay’s lead. After the break, he once again drove into the box and won a penalty, which Luis Suarez converted for his side’s fourth goal of the night.

After the recent development, Man United have a space empty for a new winger on the right in the senior team.

The maturity and confidence Pellistri showed with the ball at his feet is exactly what puts him ahead of the many talented attacking options on the club’s books come summer.

More importantly for Ralf Rangnick, Cavani also got on the score sheet, and in scintillating fashion as he left the Venezuela goalkeeper watching with his bicycle kick finish into an empty net. The 34-year-old is the only back up left to Cristiano Ronaldo, and his services will be needed more than ever at Old Trafford.