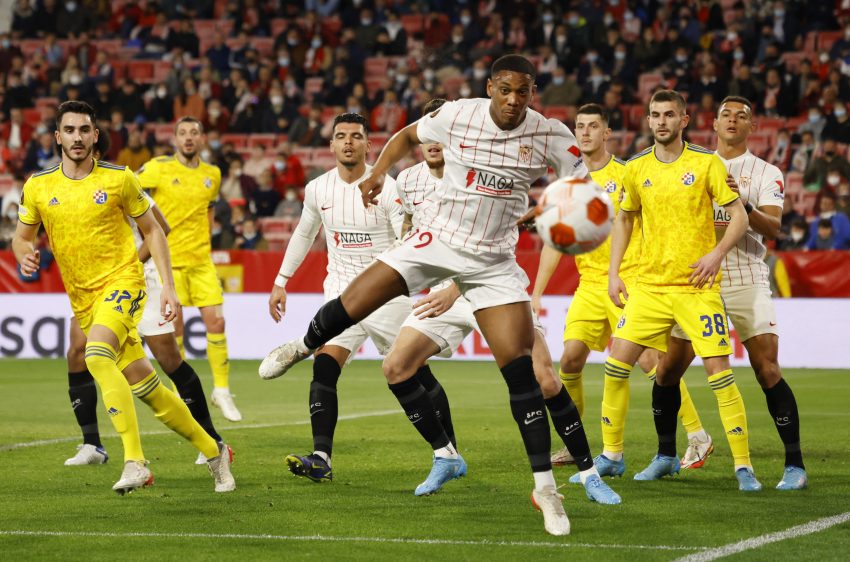 Anthony Martial scored his first goal for Sevilla in the Spanish side’s 3-1 win over Dinamo Zagreb in the Europa League.

The Manchester United loanee has found his rhythm under a manager who continues to show faith in his new signing. Starting his third straight game under Julen Lopetegui, Martial managed to get his second direct goal involvement in as many games.

After receiving a standing ovation from Sevilla supporters for his performance, including an assist against Osasuna, the 26-year-old delivered another superb display at the Ramon Sanchez-Pizjuan and opened his account for the club by finishing off a brilliant counter attack just before half-time.

While it’s still early days, Martial has shown just why Sevilla sporting director Monchi was so keen to sign him on loan from the Premier League giants.

Give Tony a bit of love and trust, he gives you the world!
TONY MARTIAL ❤️ https://t.co/MSxHua4WvS

Anthony Martial put some respect on him name pic.twitter.com/KR50s7pMBy

Now that his long goal drought, that stretched back to October, is over, the Frenchman needs to remain at his best, and win Sevilla their seventh Europa League trophy.

Amad Diallo, who’s on loan at Rangers, also saw his team produce an impressive result in the competition. The Scottish outfit demolished Borussia Dortmund 4-2 in their own backyard.

However, Amad remained an unused sub, as his services were no longer needed after Giovanni van Bronckhorst decided to defend Rangers’ lead instead of extending the advantage going into the second leg at Ibrox.