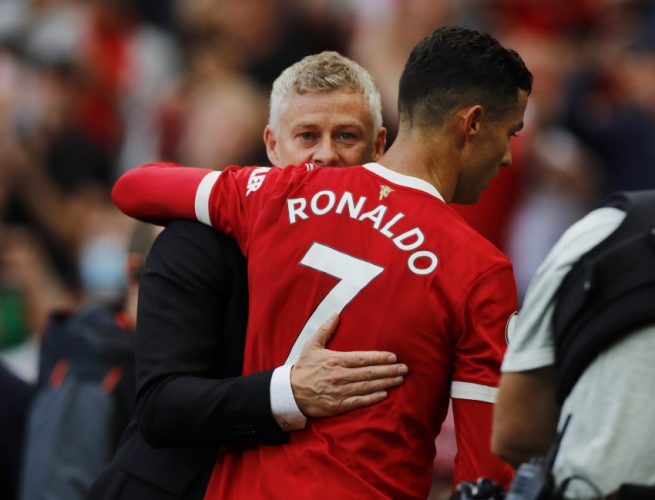 Manchester United welcomed Cristiano Ronaldo back to the club with a hope to repeat the success he enjoyed during his first spell in England.

Fast forward to February 2022, the Red Devils are fighting for a top four place, while the Portuguese icon is enduring one of his worst seasons in over a decade. The strike against Brighton and Hove Albion mid-week was his first goal of the year.

In his column for the Telegraph, Jamie Carragher branded United’s decision to re-sign Ronaldo as “mistake”, and urged them to sell the 37-year-old before the arrival of a new manager.

The Liverpool legend acknowledged Ronaldo’s unquestionable quality, but believes United’s new manager will not want the problems he brings next season.

He wrote: “There was noise after Ronaldo’s response to being substituted against Brentford in the Premier League.

“There is noise generated every time Ronaldo heads straight down the tunnel after another disappointing result.

“When a manager leaves out a 37-year-old, there should not be any noise.”

Ralf Rangnick’s successor next season is unlikely to miss Ronaldo’s goals, as proven during the 2020-21 campaign where United scored 121 in all competitions – their highest tally for 14 years.

Further, Rangnick also said the club is in “obvious” need of a young striker. If Ronaldo stays, any new arrival is unlikely to start ahead of him, adding to the noise around the club.

As such, keeping Ronaldo for another season is not going to help anyone, including the player himself. But with over a year left on his contract, it’s not going to be easy to part ways with the former Real Madrid superstar.