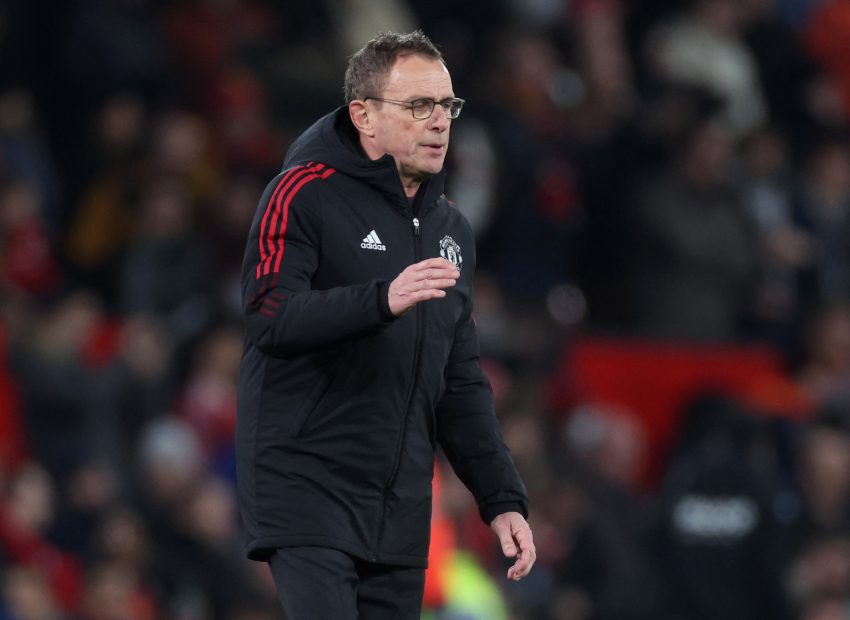 Manchester United were overshadowed in all departments by their neighbours in a 4-1 Manchester derby thrashing.

Ralf Rangnick’s decision to be more aggressive at the Etihad played into Pep Guardiola’s hands, as the hosts exploited the space behind United’s midfield to create tons of chances. The idea to go toe-to-toe with Manchester City despite the apparent difference of quality in the middle of the park was naive to start with.

United were second best with regards to physicality as well. Their pressing intensity dried down after the half-hour mark, and City’s grip on the game got tighter.

However, the most damning aspect of the derby was the mentality of those in red. United superstars simply gave up in the second half, allowing Guardiola’s men to comfortably keep the ball and dictate the play as they wish. City had an astonishing 92% possession in the last 15 minutes of the game.

There aren’t many leaders in this United side, filled with players who faze out of the game during pressure.

As per ESPN, Rangnick has been impressed by Scott McTominay and Luke Shaw’s display of character and leadership during difficult periods on the pitch. The interim boss regards both players as possessing the attributes required in such moments.

McTominay, who started against City, also rejected the accusation of players downing tools in his post-match interview.

Regardless, even if there are players who are giving everything on the pitch, the mention of just two standing out in Rangnick’s assessment isn’t encouraging for the Red Devils.