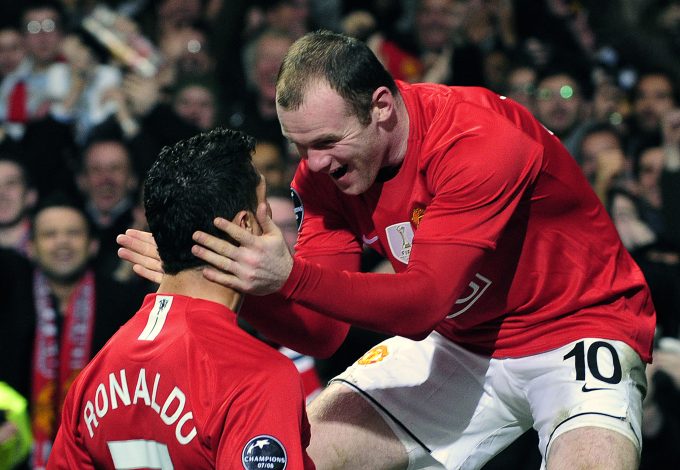 Cristiano Ronaldo’s return to Manchester United was celebrated by many of his former teammates before the start of the season.

However, the Portuguese icon has failed to live up to the hype. United have massively underachieved this campaign, while Ronaldo has seen a significant dip in his goal-scoring tally.

During his appearance on Sky Sports’ Monday Night Football before Arsenal’s clash against Crystal Palace, Wayne Rooney was asked to assess United’s decision to bring back their legendary No 7.

Rooney acknowledged Ronaldo as a goal threat but questioned his overall contribution in the game and claimed the Red Devils would be better off relying on young players in the future.

Ronaldo didn’t take the criticism too well, and wrote “two jealous” in the comment section of an Instagram photo of Rooney on MNF alongside Jamie Carragher and presenter David Jones.

Cristiano Ronaldo comments on Wayne Rooney’s Instagram post after his appearance on Monday Night Football where he criticised Ronaldo for ‘not doing enough’ 😂 #MUFC pic.twitter.com/Bpv1clgGrn

The five-time Ballon d’Or winner might just be joking on Instagram, but there’s no doubt he will be determined to prove his doubters wrong by delivering match-winning performance next time he takes on the pitch.

The 37-year-old missed United’s 1-1 draw against Leicester City due to illness, but is expected to return against Everton on Saturday.

Despite Ronaldo not being “the player he was when he was in his 20s”, his availability has been crucial for Ralf Rangnick, mainly due to his back-up Edinson Cavani missing the majority of United’s games this campaign through injury.