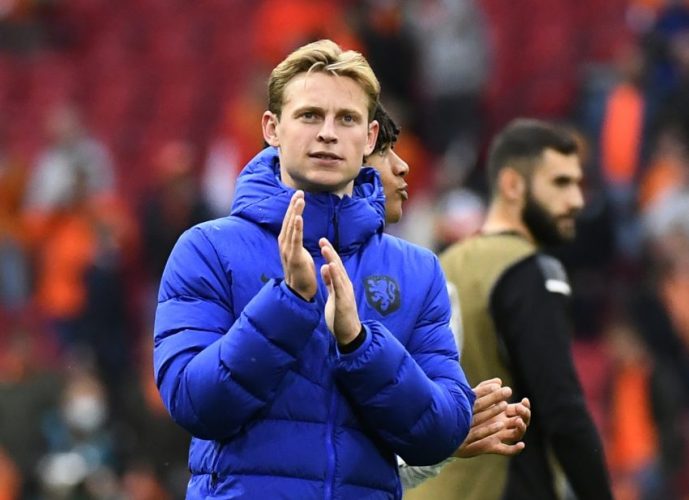 Erik ten Hag looks all set to reunite with Frenkie de Jong, as Manchester United have found a breakthrough in negotiations with Barcelona for the midfielder’s transfer.

The two clubs have been in discussions regarding De Jong’s move ever since Ten Hag took over the helm at Old Trafford.

Now, they’ve reached an agreement for an initial fee of €65 million. Performance-based add-ons which could take the cost above €80m are still to be agreed, as per ESPN.

Further, the Red Devils have to also agree personal terms with the player, who has been publicly adamant to continue at Camp Nou, where he has a contract until 2026. Despite De Jong’s desire to stay at Barcelona, the Catalan outfit are pushing to offload one of their best earners before June 30.

Nevertheless, the former Ajax man is also happy to play under Ten Hag once again. The Dutch tactician has been keen to bring in the 25-year-old to England and expects the elegant deep lying playmaker to add energy as well as technicality to United’s midfield.

On Monday, the new manager worked with his United squad for the first time at Carrington, albeit without a single new addition. However, the Premier League side hope to conclude De Jong’s signing before the players fly to Thailand for their pre-season tour a week on Friday.