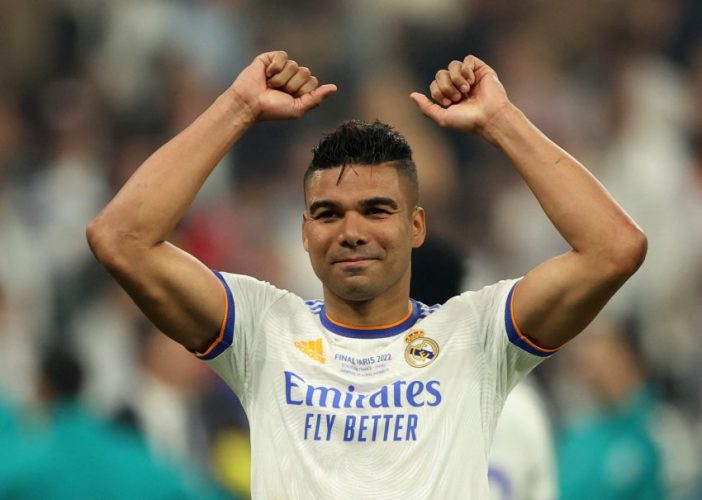 Casemiro has made is mind up on joining Manchester United, and is expected to be formally announced as a new Red Devil in the next few days.

The five-time Champions League winner wasn’t initially in Erik ten Hag’s plans, as the Dutchman was determined to reunite with Frenkie de Jong. The Barcelona midfielder’s transfer hasn’t progressed, and as things stand, he’s likely to remain at Camp Nou.

But Barca’s LaLiga rivals, Real Madrid, are all set to lose their key man in midfield.

United’s disastrous start to the season has forced the hierarchy’s hand to spend big on the Brazilian. As per the Telegraph, the Premier League giants hope to announce Casemiro’s arrival in the next few days.

It’s understood United will pay close to £60 million for one of the world’s best defensive midfielders. The 30-year-old has accepted to sign a four-year deal, which will see a significant increase in his wages.

Spanish outlet MARCA report that Casemiro has been given permission from Los Blancos to undergo his medical on Friday.

However, it remains unclear if he’d be available to start against Liverpool on Monday. Casemiro was one of Real’s star performers in their Champions League win over Jurgen Klopp’s men in May.

With Casemiro’s transfer all but done, United have turned their attentions to PSV Eindhoven winger Cody Gakpo.