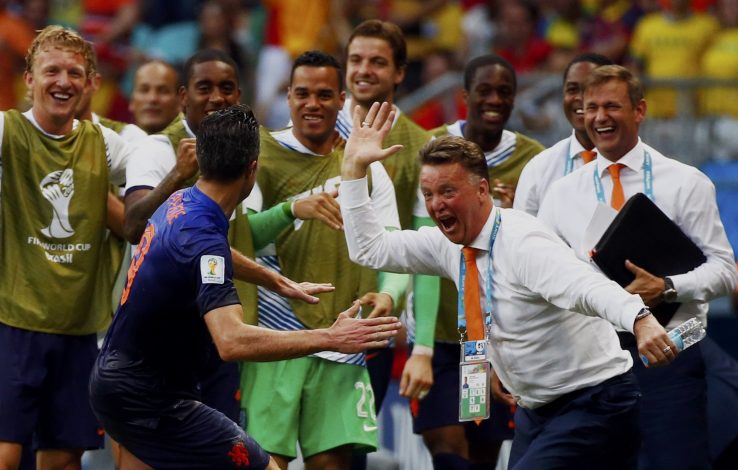 Louis van Gaal has never been afraid of making bold decisions, and his latest move may end up helping his former club, Manchester United.

The experienced tactician is gearing up to take the Netherlands to his second World Cup tournament. The young national side have so far thrived under his management, finishing top of League A Group 4 in the Nations League.

On Sunday, they faced Belgium in what was the Oranje’s final game before the big event in Qatar. Despite the absence of Frenkie de Jong and Memphis Depay, the Netherlands came out on top to beat Belgium and secure their place in the Nations League semi-finals.

The outing also saw the 71-year-old test his side’s depth by giving Tyrell Malacia a run in a new position for the left-back.

Malacia came on as a half-time substitute to replace Nathan Ake as the left-sided centre-back alongside Virgil van Dijk and Jurrien Timber. Meanwhile, Daley Blind, who has plenty of experience of playing as a central defender, was left to continue on the left flank.

The former Feyenoord talent, who has kept Luke Shaw out of the starting XI at United with his smart positional awareness and tenacity, didn’t look out of place in an unfamiliar position at Amsterdam ArenA and showed he could fill in as a centre-back in the World Cup if needed.

Further, with Harry Maguire struggling to regain his form, Erik ten Hag can take a leaf out of Van Gaal’s book to use Malacia in a more central area.