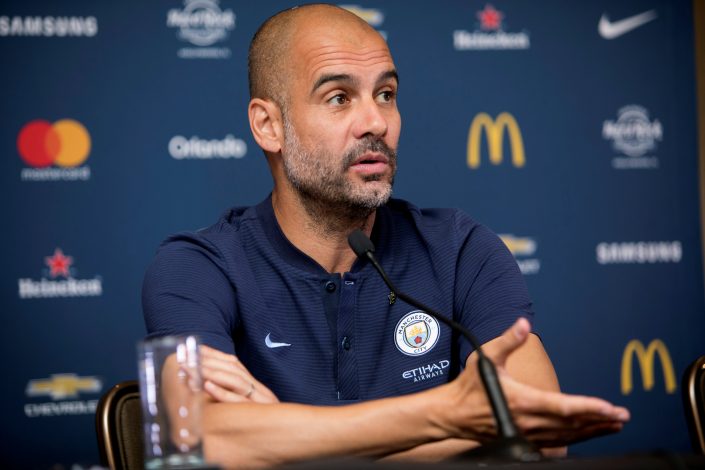 Pep Guardiola has backed Lisandro Martinez’s defensive ability amid questions over his physicality.

Manchester City will host their city rivals, Manchester United, at the Etihad this weekend on the back of an impressive start to the new Premier League season, as they remain unbeaten in their opening seven games.

Erling Haaland’s incredible goal-scoring prowess has been key to opening rival defences. No side in the competition has managed to keep him quiet, with the Norwegian either scoring or assisting in all of his league outings in blue so far.

The Argentine defender, in particular, has settled in very smoothly in Manchester. But despite his solid start, some still doubt whether he’d be able to stop physically dominant forwards.

Ahead of the Manchester derby, Guardiola was asked to give his thoughts on the Haaland vs. Martinez debate.

“Erling is taller, that’s for sure. I like when people underestimate players for the size,” the Spaniard answered during his press-conference. “He can tell them ‘I’m here and a good player’.

“He’s a fantastic player, aggressive, good build up. United paid this money, Erik [ten Hag] knows him. It’s not the first time he’s played against taller strikers, he handles it. [It’s] important to be intelligent, brave. The crosses, Erling is taller, we see what happens.”

Sunday’s clash will not be the first instance where the duo will face each other. Martinez played against Haaland last season in the Champions League and comfortably kept a clean sheet in Ajax’s 4-0 win over Borussia Dortmund.